The European Space Agency is eagerly awaiting the flyby of the Mercury probe, BepiColombo. This mysterious object intrigues scientists: it is the only planet in the solar system that does not have an atmosphere. This property, along with its proximity to the Sun, generates significant temperature differences: -183 °C at the bottom of the polar craters to 427 °C at the peak.

Starting Saturday, October 2, the spacecraft will transmit images and scientists will be able to analyze them. BepiColombo will have a window of approximately four hours to take pictures and perform analyses. The space probe will benefit from an estimated close proximity of 200 km from Mercury’s surface. Only two other planes have flown over the planet closest to the Sun: Mariner 10 and Messenger. 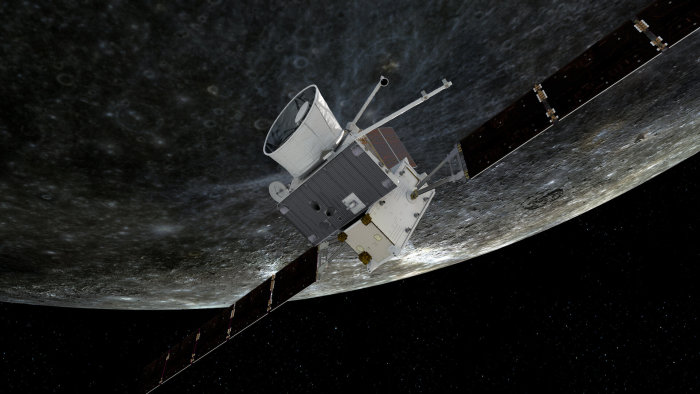 The real BepiColombo mission will only take place in 2025. The next flyby of Mercury will take place in June 2022. Several passes are necessary before the probe can be picked up and placed in orbit around the planet. Since its launch in 2018, the spacecraft has flown above Earth (once) and Venus twice.