AnTuTu Just posted Top 10 most powerful smartphones for January 2021. It is not surprising that the Snapdragon 888 and Kirin 9000 supported devices dominate the ranking.

The popular benchmark tool AnTuTu just revealed its lists of the most powerful high-end and mid-range smartphones last month. Although these rankings are not true performance indicators, they still allow us to see trends. As you might expect, in the world of high-end terminals, the new premium Snapdragon and Kirin processors predominate. Thus, the Vivo iQOO 7 (Snapdragon 888) comes out on top with an average of 728,784 points. 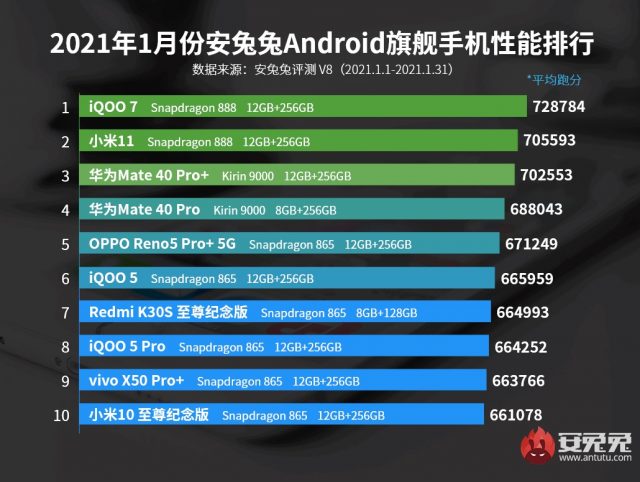 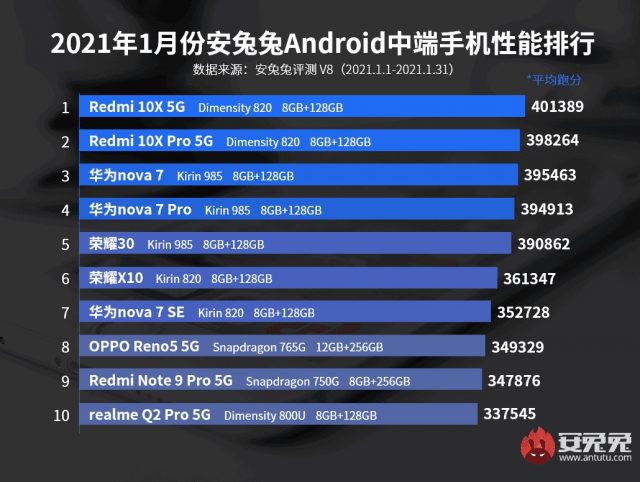