CBC/Radio-Canada invites the indigenous peoples of Canada to know what to expect from the public broadcaster. About two dozen panel discussions will take place across Canada with Indigenous communities from April 26 to September 27, 2022. The goal is to create a space for constructive exchanges with First Nations, Inuit, and Colored peoples living in the communities or in urban areas about how CBC/Radio represents -Canada Reflects the interests, needs, and cultures of different indigenous peoples.

“As a public broadcaster, our mission is to provide services that meet the needs of First Nations, Inuit, and Métis. Through these discussion sessions, we wish to hear and learn about these needs, so that we can meet them in our content, in our workforce, in our internal culture and in our relationships with communities.” — Catherine Tait, President and CEO, CBC/Radio-Canada

For more information on these discussion sessions, including how to get involved, please visit Exchanges with Indigenous Communities.

For CBC, they will be held at:

CBC/Radio-Canada is Canada’s public broadcasting station. Through our mission to educate, enlighten, and entertain, we play a major role in promoting Canadian culture. We are the nation’s trusted source of information. Our News, Public Affairs, and International Affairs offer a uniquely Canadian perspective. Created by local talent, our premium entertainment programs gather huge audiences across the country. Deeply rooted in the communities, CBC/Radio-Canada offers diverse content in French, English and eight indigenous languages: Cree, Dehcho Dene Yati, Dëne Sųłıné (Chipewyan), Gwich’in, Inuktitut, Inuvialuktun, Sahtu Got’ine godi, and tłı̨chǫ ( ). We also offer content in Spanish, Arabic, Chinese, Punjabi and Tagalog through Radio Canada International (RCI), which also offers content in both official languages. We remain at the forefront of change to meet the needs of Canadians in the digital age. 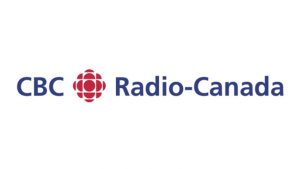