Skip to content
Economy
As part of the decentralized cooperation, the Union of Cities and Municipalities of Côte d’Ivoire (Uvicoci) and the Canadian Confederation of Municipalities (Fcm) implemented a program entitled “Municipal Partnerships for Innovation in Local Economic Development (Pmi-Del), funded by the Canadian government. He is in his final year, was the subject of a meeting called “The Fourth Meeting of the National Advisory Committee (Cna) of Pmi-Del”, Friday, May 28, at the Ivotel in Le Plateau.

Presenting the results of the implementation of the 2020-2021 annual work plan for the said program was the main objective of the meeting which allowed the Canadian Ambassador to Cote d’Ivoire, Claude Demers, to congratulate himself on the results. To commit his country to always support Cote d’Ivoire.

“Through this kind of programs and exchanges, we can better understand our local peculiarities and discuss the best ways to do and manage things and better meet the needs of the citizens. In order to better support the economic development of our region,” the diplomat said.

For him, it’s a program worth implementing. It is hoped that the links formed will continue beyond the program and continue until stakeholders can discuss what they need to do to promote the growth of the regions.

See also  "Electric car subsidies are a reminder that the return of American protectionism is now a bipartisan reality."

Dr Azié Soko André Elvis, National Coordinator of Pmi-Del, welcomed the achievement of the objectives set for the program. “The ten projects that have been funded and implemented are awaiting the products resulting from these projects. It is a complete satisfaction. The second satisfaction is the participation of the elected officials who were concerned and who supported all implementation measures. As well as the satisfaction of building the capacity of elected officials, youth and women. Above all, women’s participation in local economic development.

Adding that Pmi-Del has two main issues. Specifically, the Canadian framework for empowering youth and women was put to the test of the Ivorian reality and to benefit from the achievements of this program after 4 years of implementation. 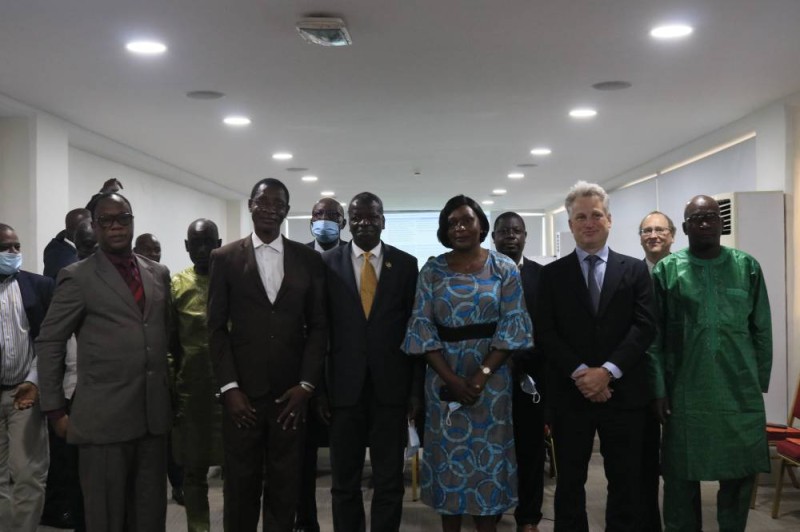 Jean-Jacques Manigan, Deputy Secretary General of Uvicoci, and Mayor of Biancuma, on behalf of Uvicoci President Danho Paulin, expressed his sincere thanks to the Canadian Municipalities Confederation. And Canadian mayors who, through years of cooperation, have shown great solidarity by creating the right conditions to handle projects.

Nevertheless, he hoped that the achievements would not only continue, but also benefit all municipalities of Côte d’Ivoire.

We are very pleased that the mayor of Korhogo, Lazini Coulibaly, spoke, whose municipality has benefited from 7 of the 10 projects implemented in Korhogo and Verke. “satisfaction. The incomes of the beneficiaries, who are youth, women, and associations will improve dramatically. Students who plant eggplant, pepper and tomato fields above ground will be able to gain the means to continue their studies and also employ other youth as the project gains momentum. Consequently, all of these groups will participate in local development.

It should be noted that this program began in 2015 with Burkina Faso and Mali. Côte d’Ivoire has effectively joined in 2018. It has been able to implement all the activities presented to it. That is why Côte d’Ivoire has been selected as one of the stakeholders in the next program which will start on January 1, 2022. It will focus exclusively on women.

For the fiscal year 2020-2021, the cost of each project implemented is approximately 6 million francs. It ranges between 100 and 150 million CFA francs that Fcm makes available to Côte d’Ivoire every year.

Olak breeding (agotis breeding); Tomato fields are without soil. Eggplant fields raising chickens; Among the other projects implemented within the framework of these programs at Ferké and Korhogo are the production of shea butter. The project is being implemented in Abidjan, Corhogo and Ferksidougou.

For the next program, Fcm will provide nearly 5 billion FCfa for Côte d’Ivoire to expand the program to other regions.