Les Films du 3 Mars and Les Films de l’Autre are pleased to announce the theatrical release of the feature-length documentary. A prayer for the lost gloveWritten, produced and directed by Jean-Francois Lesage. In the continuation of his artistic career began Mile End storyAnd summer love And hidden river, the director follows the opportunity of encounters to propose a contemplative urban symphony on the theme of loss. The film will premiere in Quebec and Ontario on December 10.

Documentary about winter by Jean-Francois Lesage

It’s snowing in Montreal. People are lining up at the moving company’s lost property office. They’ve all lost something that, when we focus on it, becomes a symbol of a deeper loss. A Prayer for Lost Gloves is a creative documentary – sometimes grief, sometimes Festive, and always in love—helping get through winter. ”

On display in Quebec and Ontario from December 10

A prayer for the lost glove It will be presented in Montreal at the Cinéma du Musée (December 10), the Cinéma Beaubien (December 11) and the Cinémathèque Québécoise (December 12). It will also be shown at the Sudbury Indie Cinema Co-op in Ontario. Cinematic interviews with the director’s presence will be announced soon.

Remember, the film had its world premiere in Visions du Réel (Switzerland) and its Canadian premiere was in Hot Docs, for which it won Best Canadian Feature Film. It has also aroused great interest abroad and has been performed at about fifteen festivals, from Milan to Melbourne. 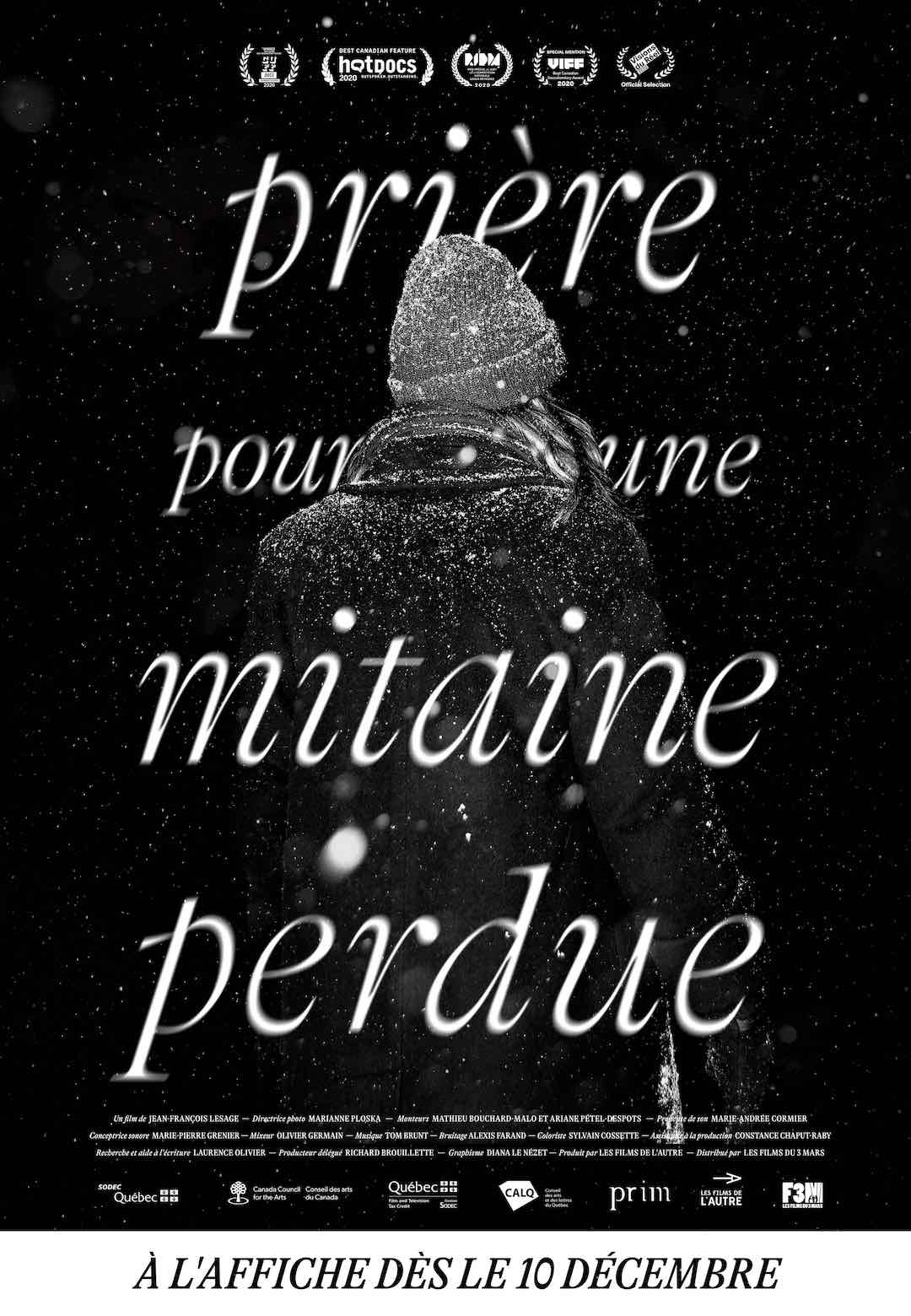 After studying law, Jean-François Lesage appeared as a journalist for Radio Canada Television in Alberta and British Columbia. In 1998, overwhelmed by the discovery of Chinese cinema, he traveled to Beijing. He lived there for six years and made his first creative documentary there, One night in China (2004) then, along with his brother Philippe Lesage, How do you know if the little fish is happy? (2009).

For more information or to find out the show schedule in your area, visit the Films du 3 Mars website www.f3m.ca/film/priere-pour-une-mitaine-perdue.