Saturday, June 19, 2021 12:08 p.m. – Two tropical storms, Dolores and Claudette, are now making their storms in the Pacific and Atlantic.

Claudette is the third named storm in the Atlantic basin. 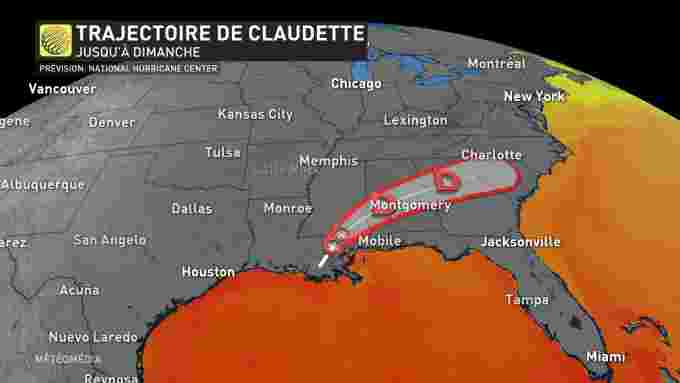 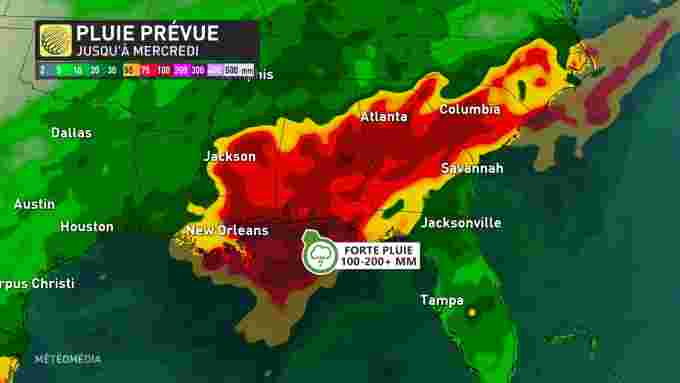 Claudette has already made landfall in Louisiana with winds of 70 km/h and will later pass over Alabama, northern Florida, Mississippi and Georgia. More than 100mm of rain is expected in many areas and even more than 200mm in northern Florida. 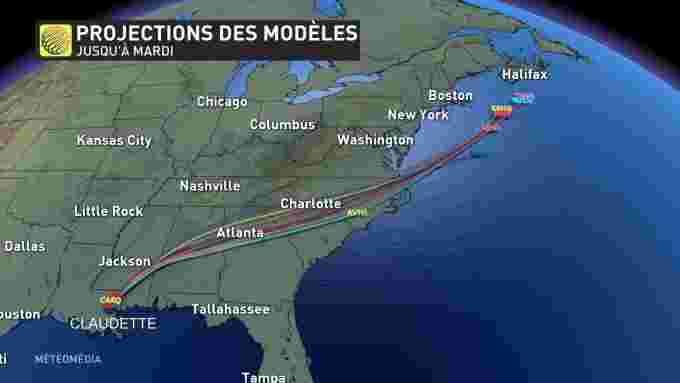 According to several models, we can feel the influences of Claudette even in the Maritimes.

Dolores is the fourth named storm in the eastern Pacific Ocean. It has not yet touched the west coast of Mexico, and will continue to intensify until it makes landfall in the next few hours. It will be accompanied by winds of 105 km/h. 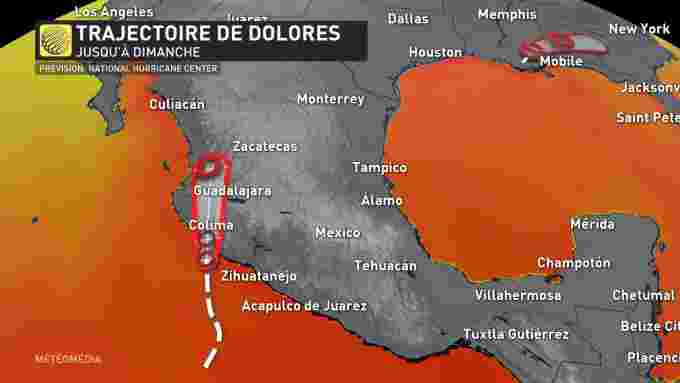 There is a risk of flash floods and landslides with rain expected. 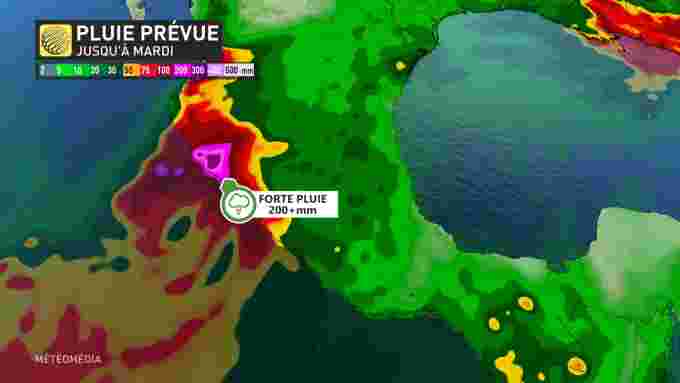