Situated in the heart of Ontario’s downtown entertainment district, the Rogers Centre Stadium has been a fundamental location of Toronto’s skyline for close to 30 years.

Previously known as SyDome, the multi-purpose stadium is ideally located in one of the most dynamic entertainment centres on the planet. As the only Major League Baseball stadium in Canada since its opening in 1989, the grounds are home to the Toronto Blue Jays, but additionally, you can see the Toronto Argonauts Football Team play their home fixtures.

The stadium’s construction and opening day were in 1989, and it is most known for being the first stadium to boast a retractable roof. Since opening its doors, more than 2,000 events have taken place, and an estimated 65 million people have visited the Rogers Centre. Conveniently, a hotel is fixed to the stadium, and seventy of the 350 rooms deliver a scenic view of the field.

Despite the primary use of the stadium falling to the Blue Jays, various large-scale events will regularly take place throughout the year. Stadium capacity ranges from 5,000 to 60,000, and you’ll witness concerts, family shows, conventions, and trade shows scheduled at the incredible venue.

As well as becoming the first stadium with a retractable roof, the stadium also became the first North American sporting venue to support baseball and football.

With such incredible architecture and state-of-the-art fixings, the Rogers Centre won the “Stadium of the Year Award” for four straight years, and in 1998 they received the “Prime Site of the Year Award”. More recently, the stadium won the Toronto Tourism Award for “Employer of the Year.”

Since the legalization of sports betting in Ontario on April 4, 2022, Canada’s most famous stadiums are introducing facilities to cater for those looking to place a wager during their visit.

“The fan experience is evolving. This monumental partnership with theScore Bet offers compelling new ways for sports enthusiasts to be a part of the game,” said the Blue Jays’ president and chief, Mark Shapiro.

“We are excited to be partnering with a Canadian company that operates at the highest-level of the industry and understands our role in Toronto and Canada to bring baseball to more fans nationwide.”

Notably, the Rogers Centre has a notoriety for being one of the most homer-friendly locations in all of baseball, and aspiring handicappers should always be looking to take advantage by looking into the total runs going under the total. According to Statcast’s Park Factors, it’s one of the ten friendliest parks for pitchers, and Caesars Ontario delivers some of the most competitive prices available to find the perfect under bet.

As the 2022 MLB season has undergone a shortened spring training schedule, wagering on the under could evolve into a season-long bet worth keeping your eye on.

Significant betting opportunities aren’t the only positive for Blue Jays’ fans as the 2022 season gets underway. 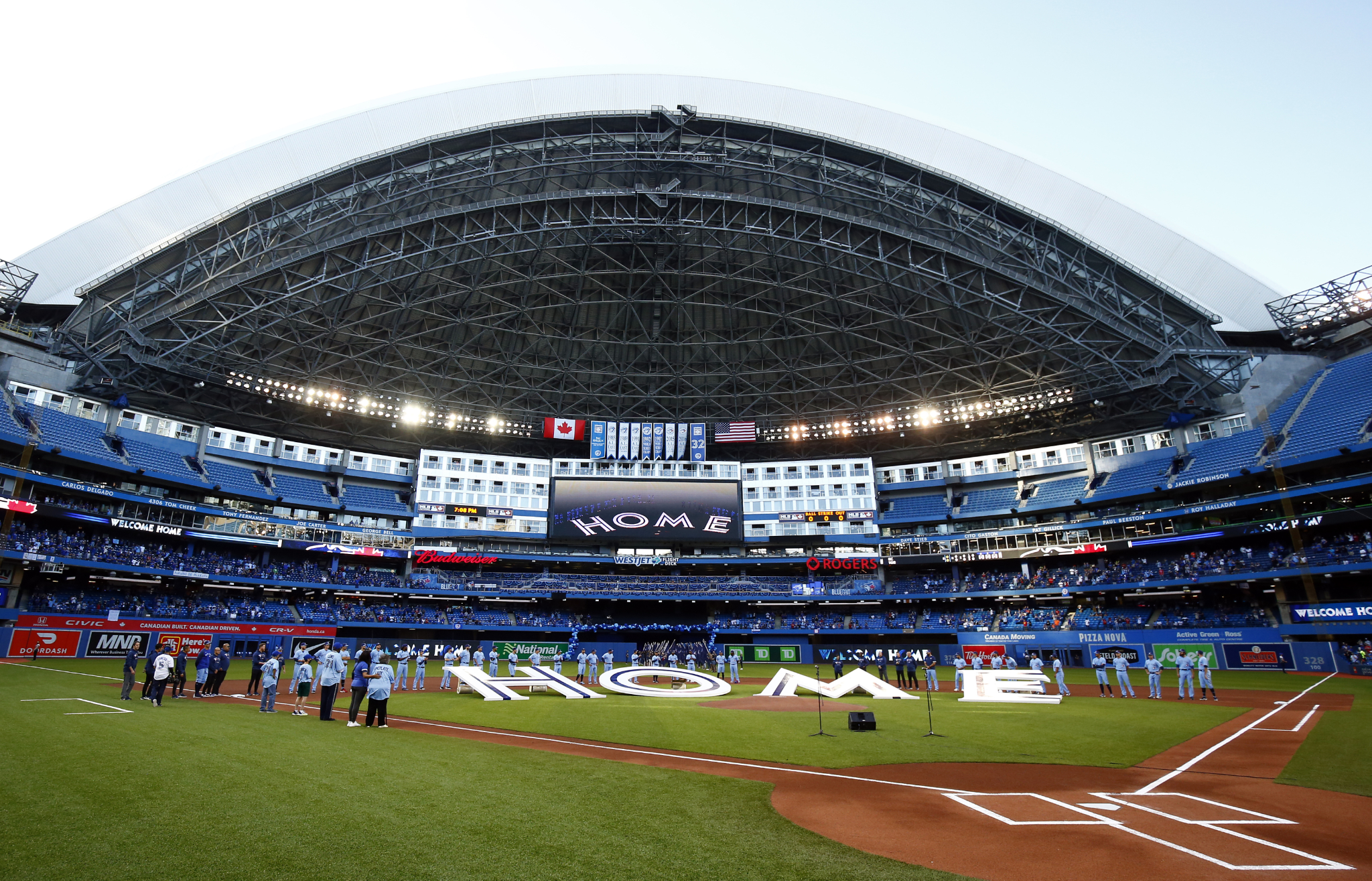 Stadium renovations have seen brand new lights and an 8,000 square foot video board installed. This features two new lower wings and side ribbons that circulate the stadium, and the season’s opening game versus the Texas Rangers was a beautiful sight.

Blue Jays’ owners expect the features to enhance a game’s viewing experience for fans in the stadium and at home.

“It makes things pop; it makes the thing look high definition, even though they’re not,” said the senior facility maintenance manager, Paul Zuschlag. “It’s hard to explain until you see it in person.”

The light features consist of 532 LED fixtures and 48 RGBW, which allows game operators to project any colour anywhere in the stadium.

“The system is typical; we currently have it in 16 other ballparks without the RGBW; we’re the first in Major League Baseball to have RGBW,” Zuschlag continued. “It’s the exact same system they’ve been playing under in Houston and New York, Miami.”