Google just released Android 13 Beta 1. If you have a Pixel and are motivated, you can install the first beta build of the future major version of Android.

Since February, Android 13 It is a reality. The next major release of Google’s operating system was in the developer preview phase while Google waited for the beta release. On Tuesday, April 26, 2022, Google just published Android 13 Beta 1.

As a reminder, Google is planning 6 major releases of Android 13 over the next few months before the mainstream launch. If you want to quickly install Android 13 Beta 1 on Pixel 4 (XL), Pixel 4a, Pixel 4a 5G, Pixel 5, Pixel 5a, Pixel 6 And Pixel 6 Proit is now possible.

Unlike the Developer Preview versions, installing Android 13 Beta 1 is much easier. If you have one of the compatible pixels, see above, the easiest way is Sign up for Android Beta. Simply click the Activate button on this page to register, then just wait for Google to push Android 13 onto your device. Future updates will be available OTA (over the air), i.e. directly on your device without going through a computer. 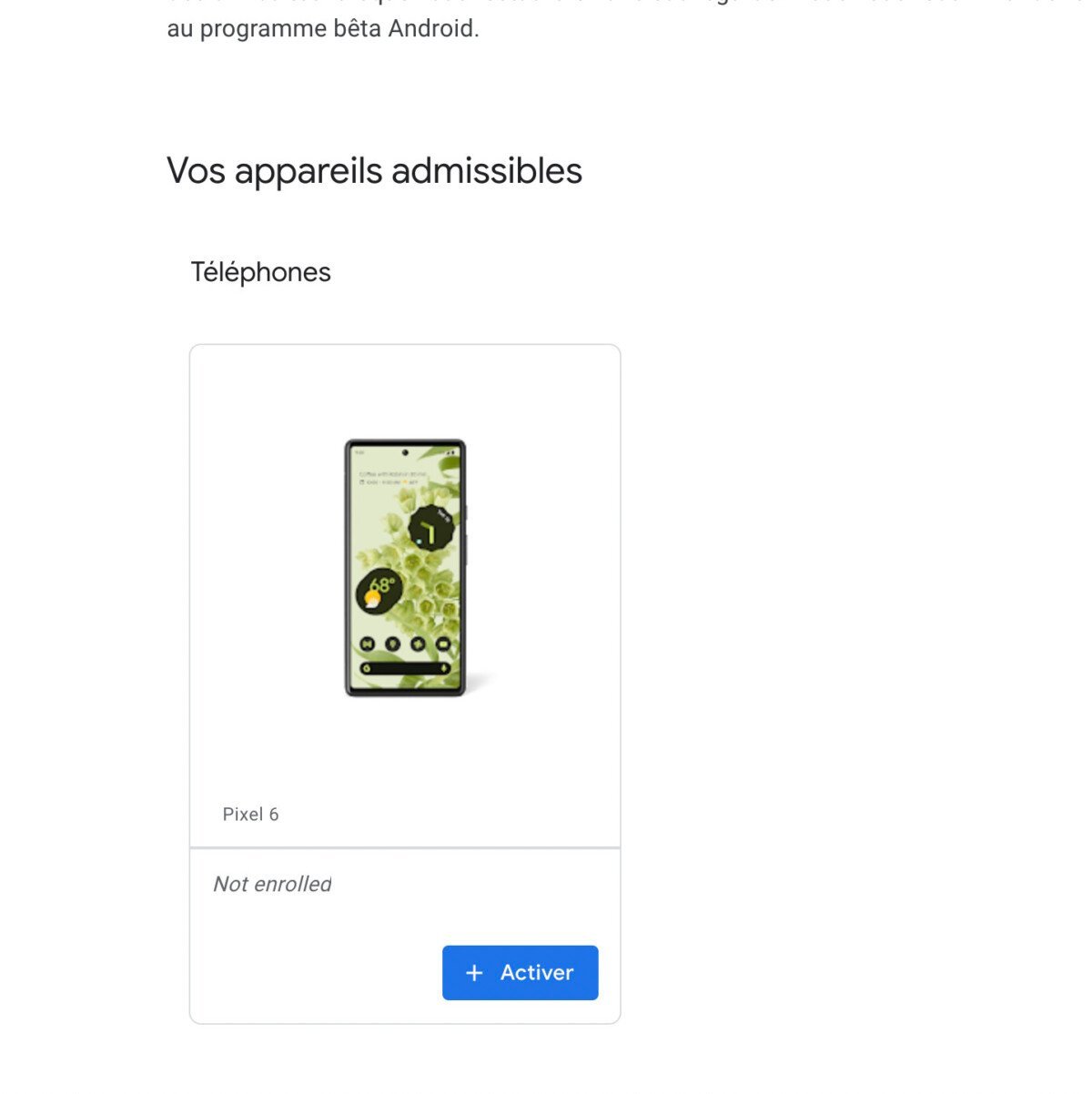 Be aware that this version may be unstable, so we do not recommend installing Android 13 beta 1 on a daily device. If you start to install it, Back up your data. We will return in detail to the new features of the beta version in this folderr, in the meantime, you can give us your first impressions in the comments.