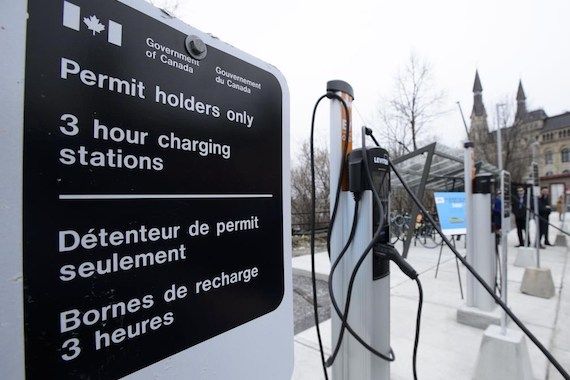 Canada currently has approximately 16,000 charging stations in 6,800 locations, 90% of which are in Quebec, Ontario and British Columbia. (Photo: The Canadian Press)

OTTAWA — Some of Canada’s biggest automakers are hoping the federal government will be more ambitious and coordinated in its electric vehicle charging initiatives, or, by the end of the decade, it won’t attract as many consumers as they would like to buy vehicle electricity (EV).

The Canadian Association of Automobile Manufacturers, which represents Ford, General Motors and Stellantis, released a list of recommendations to the Government of Canada on Wednesday that specifically focus on the existing network of electric vehicle charging stations.

Association President Brian Kingston notes that the Canadian government wants strong growth in electric passenger car sales within 13 years in Canada, but regrets the lack of a comprehensive plan on the charging infrastructure needed to support that ambition.

Canada currently has approximately 16,000 charging stations in 6,800 locations, 90% of which are in Quebec, Ontario and British Columbia.

During the recent federal election campaign, the Liberal Party of Canada (LPC) promised to install 50,000 additional charging stations by the end of 2026, but did not provide a detailed plan outlining where they would be most needed.

A new analysis of electric vehicle charging needs done in Natural Resources Canada shows that 50,000 chargers are enough for 2025, says Jeff Turner, principal investigator at Dunsky Energy and Climate Advisors, but the country will need about 200,000 by 2030.

See also  Ottawa and Gatineau will walk for the climate