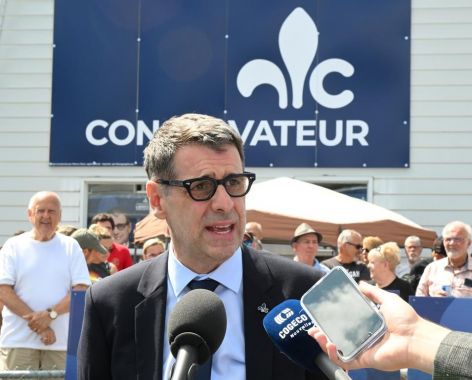 QUEBEC – Conservative Party leader Eric Duhemy on Monday proposed a $500 tax credit for Quebecers who join the gym, join a sports team or engage in any other physical activity.

Eric Duhemy made the announcement at a gym in Quebec City, accompanied by regional candidates and boxer Eric Martel Bahueli.

He did not provide an estimate of the cost of this measure, and promised to include the account in the disclosure of his party’s financial framework. “It is difficult to estimate the percentage of the population that will decide to join gyms,” he said, noting, however, that the money spent should be seen as an investment, given that the working population “will cost less to keep it healthy.” and reduce hospital use.

The Conservative Party leader, who is known for his opposition to health measures, took the opportunity to criticize the closure of sports facilities during the pandemic: “Instead of closing gyms, rather than asking people to stay at home, listening to Netflix and reading books, we should have encouraged people to move more, to say That sport was a solution to fight viruses, to improve our immune system.

He said the coaches should have been allowed to do their activities outdoors.