Since 1991, the year of its creation, Les Films de l’Arlequin has remained true to its starting line: producing animated films with original graphics and unique themes.

From short films to feature films, from series to author films, including documentaries, our company aims to bring stories, sensibilities and talents to the screen, big or small.

The warm reception of our products both at festivals and on foreign television confirms our idea that we can produce films that provide food for thought while entertaining.

For the future, we intend to build on this knowledge by exploiting new avenues such as children’s documentaries and fantasy films for young audiences.

For more information about the mission and registration,

Business and co-production meetings between France and Canada 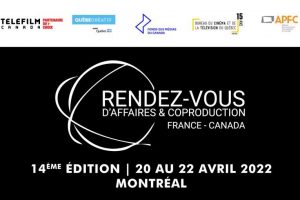