This article is part of a column rumor detectorClick here for other texts.

This is the first time that an IPCC report has used the term “unequivocal” to describe human responsibility for climate change. By way of comparison, it stated in 1995 that it “suggests a significant human influence on the global climate”. The report, submitted in August, which is a synthesis of the scientific literature, cites more than 14,000 studies and has been approved by 230 scientists in 195 countries.

2- The temperature will rise by at least 1.5 degrees Celsius, regardless of the circumstances

Five scenarios are presented in the report. Even with the most optimistic, which takes into account immediate and drastic reductions in greenhouse gas (GHG) emissions, global temperature will rise by 1.5°C compared to the pre-industrial era since 2030. 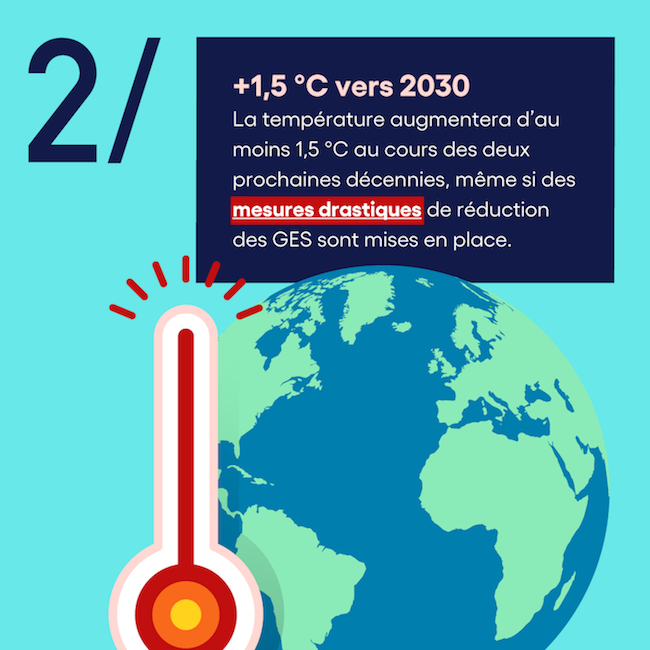 The report states that some of these extreme weather events seen around the world are due to climate change. Heat waves, hurricanes, floods, wildfires, and droughts: the frequency and intensity of these events will increase as the climate warms. 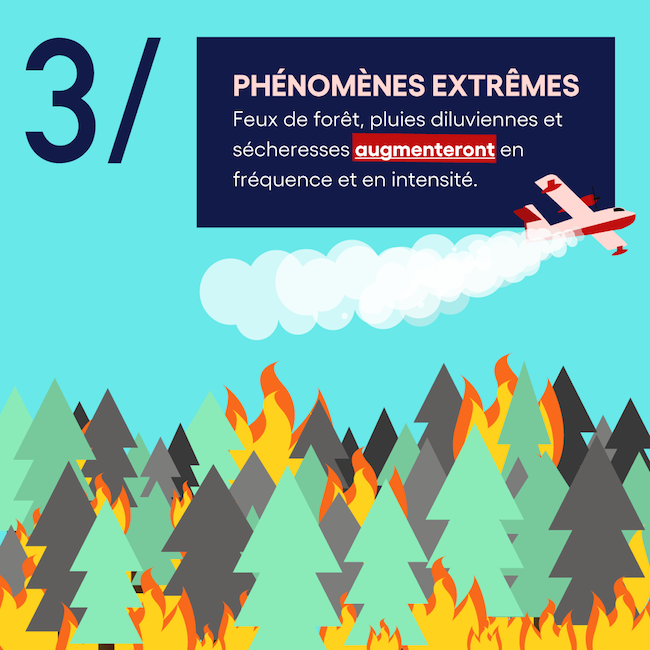 4- Sea level rise will be greater than expected

Even if humanity makes the necessary efforts to reduce greenhouse gases over the coming decades, sea levels will inevitably rise. Most scientists now estimate that sea level could rise by one meter by the year 2100. Given the uncertainty associated with ice caps, experts do not rule out a two-meter rise by 2100, in the worst-case scenario. 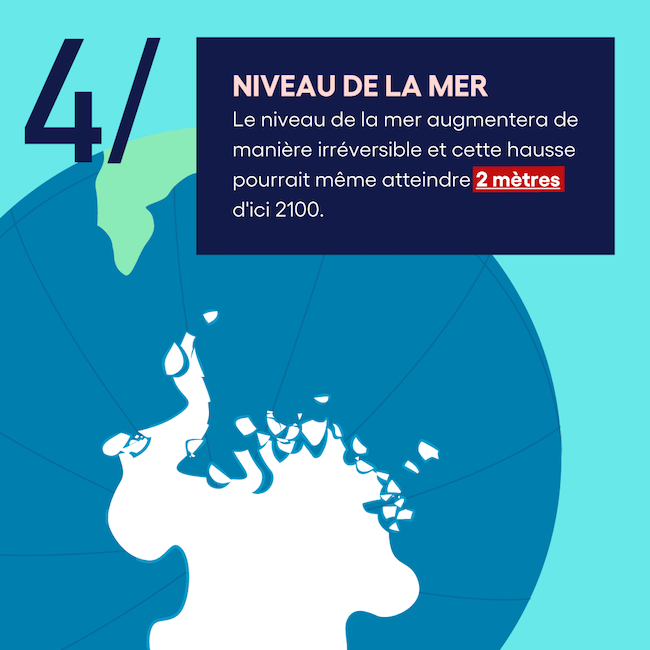 5. Radical cuts in greenhouse gases could make a difference

An immediate and drastic reduction in greenhouse gas emissions, to achieve carbon neutrality by 2050, could contain warming to 1.5°C and thus limit the most serious impacts of climate change. But time is running out. 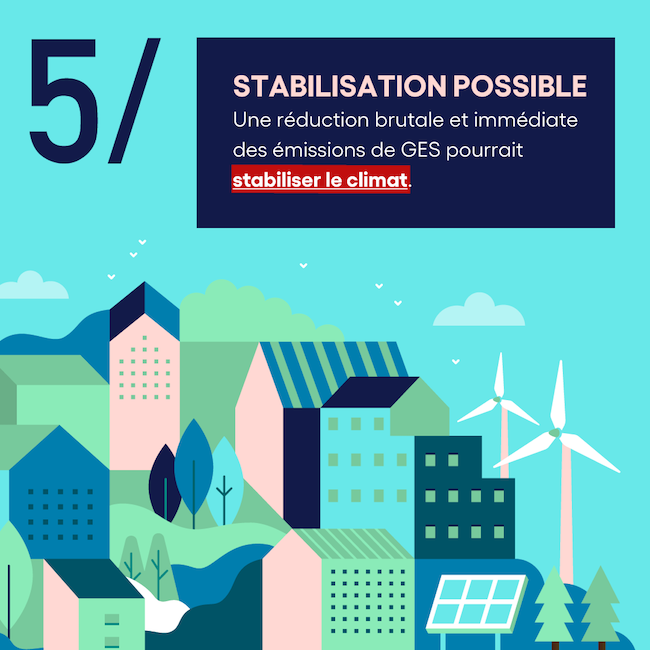