Saturday, November 13, 2021 8:10 p.m. — A major atmospheric river, which corresponds to a concentrated corridor of atmospheric moisture, will come to western Canada over the weekend.

This phenomenon is responsible for nearly 90% of the moisture transfer between the North and South of the globe.

Like hurricanes, atmospheric rivers can be classified according to their intensity, from Category 1 to 5. This classification is based on the amount of water vapor carried and the duration of the event. On this scale, a powerful Category 3 river in the atmosphere will sweep across British Columbia over the next few days.

However, this case is special: moisture will be drained from the volcanic archipelago of Hawaii, in the middle of the Pacific Ocean, towards the coast of British Columbia. This type of atmospheric river is also called “fast pineapple”.

A fairly strong warm front will force the cold air near the surface to an altitude of about 2,000 metres. Hence, heavy rain is likely. 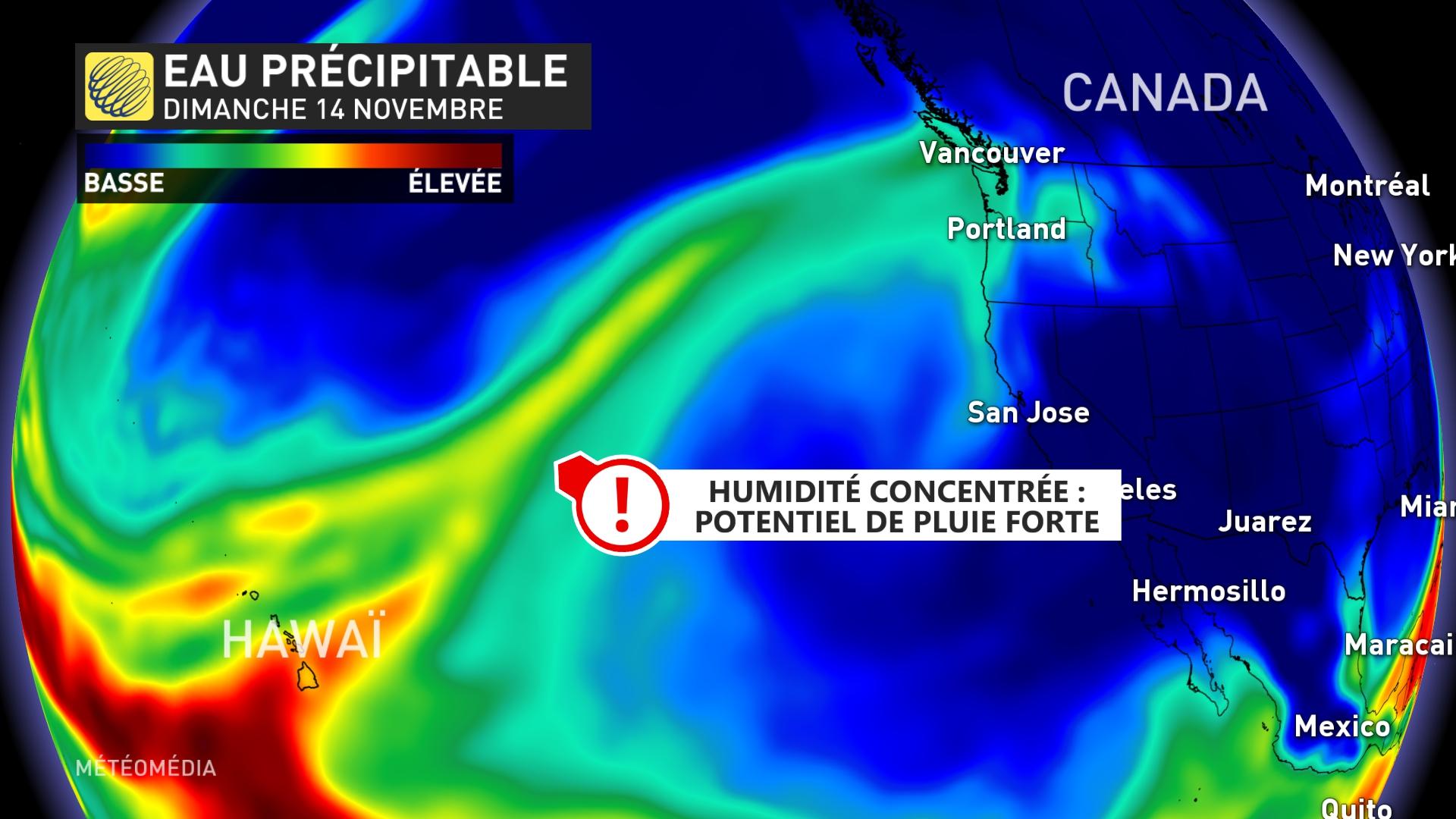 Significant amounts of rain are already expected on the coast of British Columbia, with rain expected to accumulate up to 200 mm by noon Monday, especially in the Vancouver Island area. Rain warnings are in effect in many areas. Flash floods, floods and landslides are likely over the next few days. 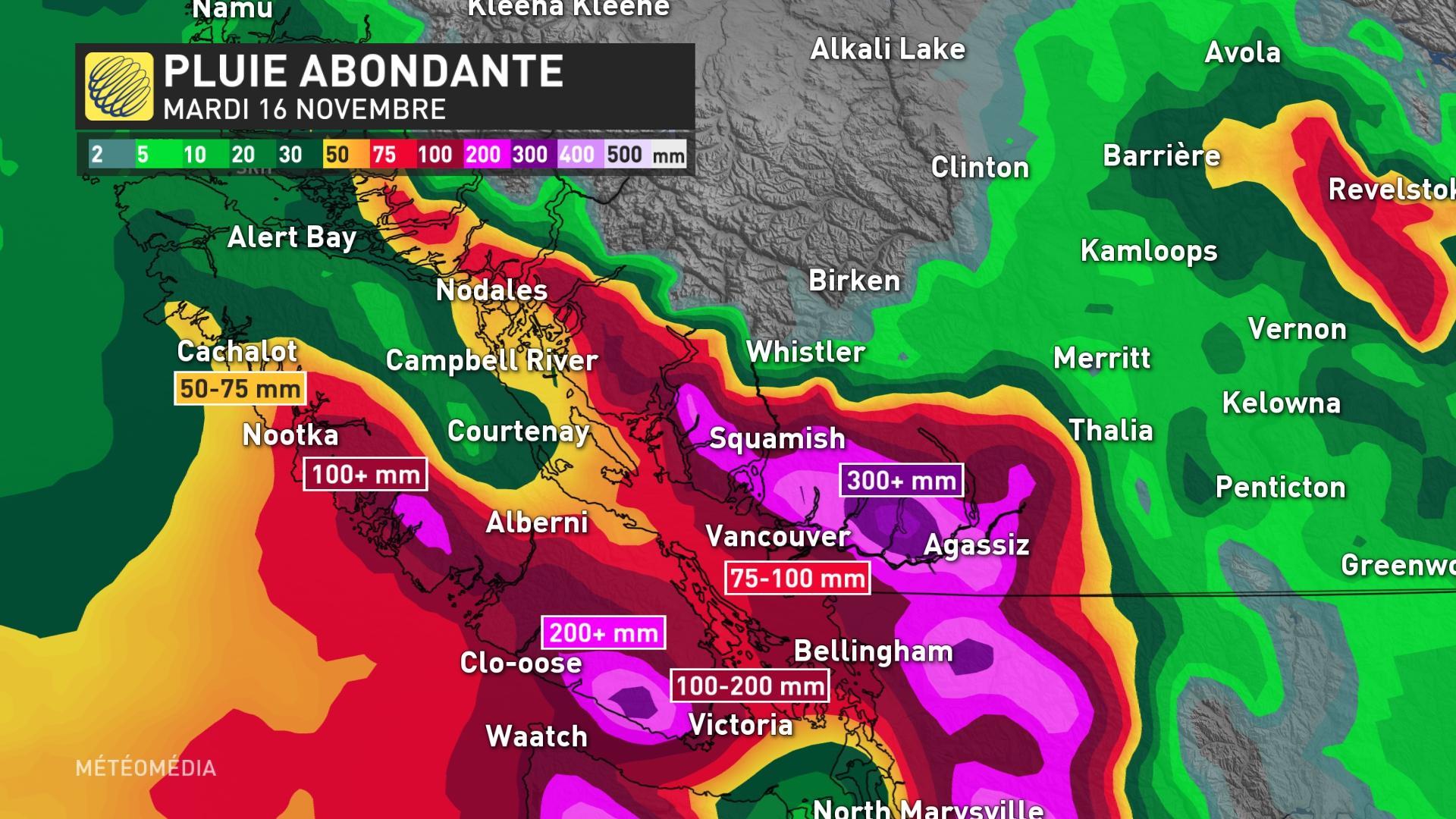 Large amounts of snow can also be expected at altitude: up to 30 cm can fall towards Eagles and Rogers Passes in Glacier National Park. So travel is likely to be complicated in these areas and long walks are not highly recommended.

See also  Why study in Canada? 5 Great Advantages for International Bachelor's Students in 2022

See also: The beginning of winter in Quebec, what does that mean?