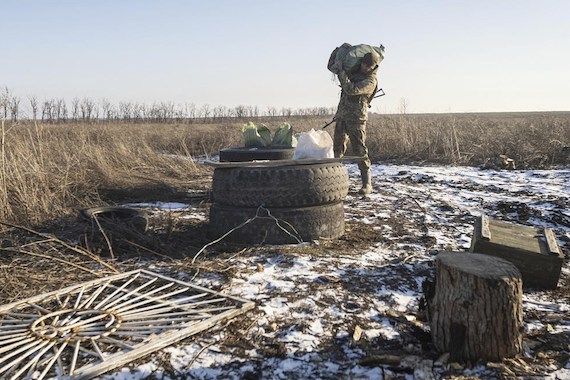 Ukraine is facing reinforcements for the Russian army on its borders. (Photo: The Canadian Press)

OTTAWA – Canada is offering Ukraine a $120 million loan to help it boost its economy as the country faces a Russian military build-up on its border.

Ukrainian Prime Minister Justin Trudeau said on Friday that the loan came in response to a request for support from the Ukrainian government.

Trudeau has yet to announce whether Canada will supply weapons to Ukrainian forces, whether Ottawa will impose new sanctions on Russia, or whether he will extend the Canadian military training mission for Ukrainian forces beyond the end of March.

Mr Trudeau indicated only on Friday that he was exploring different financial support and “other” options.

Russia has deployed about 100,000 troops to Ukraine’s border along with tanks and other heavy artillery, raising fears in Europe of an imminent invasion, which Moscow denies.

Canadian Foreign Minister Melanie Jolie visited Ukraine this week. She also met Canadian allies in France and the European Union, during stops in Paris and Brussels.