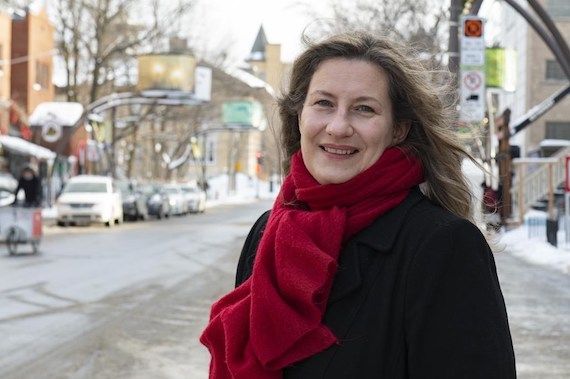 Anna Mignolet was categorical: There would be no privilege for Minister Fitzgibbon. (Photo: Jacques Boisseno, Canadian Press)

Economy Minister Pierre Fitzgibbon is not at the end of his troubles. If he refuses to regularize his financial situation in the short term, as per the order of the Ethics Commissioner, he may be subject to severe punishment: see Suspending his right to sit in Parliament.

In an interview with The Canadian Press on Tuesday, the Ethics Commissioner, Me Ariane Mignolet, was categorical: There will be no privilege for Minister Fitzgibbon. Before long, he will have to comply with the Parliament’s Code of Ethics, otherwise it will not hesitate to take drastic measures, even if it goes so far as to prevent him from playing his role as an elected representative and legislator for a while, which will be the precedent.

Without wanting to set a deadline for intervention, you immediately exclude seeing Minister Fitzjebon terminate his mandate without cleaning up his financial interests, in accordance with the spirit and text of the Ethics for Parliamentarians.

In December, after a long investigation, Ms. Mignolet found numerous moral violations on the part of the minister, who, in her opinion, should be punished by her colleagues in the National Assembly. But the government refused to endorse this recommendation, and Mr. Fitzgibbon escaped without blame.

However, the case was not closed. The Commissioner believes she has not said her last word, as it is she who has a series of sanctions to be imposed on elected officials who refuse to abide by the law, including suspension.

“It is the responsibility of the elected employee to abide by the law,” and to respect the law whether he wants it or not, especially if he is a member of the Council of Ministers. “When you are an MP, this is one thing, when you are a minister, it is something else. It is natural to be tougher,” confirms the commissioner.

In its investigation report, its second in two months targeting Minister Fitzgibbon, she announced her colors and urged the stalled minister to take steps “immediately” to comply with the law. She added that if he held his position, she would “go over the matter and consider other possible penalties.”

In particular, it blamed him for not relinquishing his stake in two of the 13 companies in which he invested, which were the companies that trade with the government. In his defense, Minister Fitzgibbon argued that some bets were difficult to sell and that he did not want to sell at a loss.

Ms. Mignolet, who promised to do what she saw necessary, insists, “I will not have the option to return to the charge at some point to“ summon the minister to issue orders, if he does not comply in time, ”indicating that she heads an institution independent of the government. .

“I think I have no other choice,” she says in an interview, denouncing the minister’s lack of cooperation throughout the process, who, according to her, wanted to interpret the ethical rules in his own way.

Ms. Mignolet also indicated that the Minister has placed himself in a conflict of interest by intervening with Investissement Québec, the organization for which she is responsible, in connection with the request for financial assistance from a company in which he has interests.

However, far from the amendment, Mr. Fitzgibbon rejected Ms. Mignolet’s conclusions, believing he had not placed himself in a conflict of interest, and described the code of ethics as “outdated”.

With support from Prime Minister Francois Legault, he called for a relaxation of the code of ethics for parliamentarians. The idea was immediately approved by the government, which was preparing to roll out a reform.

Mrs. Mignolet rejects the minister’s analysis. In his view, the code of ethics and professional conduct for elected officials of the National Assembly is not “outdated.” She said she defends the law that was passed unanimously in 2010, which is the envy of other provinces.

By the way, it regrets the “seriousness” of some unnamed elected officials, who see the Code of Ethics as an “obstacle to turning around the districts”.

In an executive report containing 22 recommendations, published in December 2019, the commissioner called for a review of Article 46 of the Code of Ethics, which governs situations in which a minister with interests in a company becomes involved. She would like to have “more leeway” to manage these situations on a case-by-case basis.

But in his opinion, it would be a mistake to interpret this request as a desire to “soften” the code.

“I will not say that what I want is to make the code more flexible in general, no,” says the commissioner, who instead wants to adapt to the different scenarios that may arise, so as not to interfere from the outset with anyone’s right to run in the elections.

It wishes to exercise its judgment to define the criteria, circumstances and conditions under which a minister can maintain interests in companies that do business with the government. It indicates that various means can be considered to avoid potential conflicts of interest: trust, anti-conflict of interest filters, and letters of commitment.

I learned from this story that elected officials should better understand the importance of knowing and respecting a code of ethics. Ignorance in this area “makes no sense,” laments Ms. Mignolet, who alleges mandatory training for elected officials, especially new ones.

Hardly 19% of MPs have received such training. So we can assume that many MPs have a vague idea of ​​the content of the Code, the law, and their obligations.

She argues that candidates should advance informed, by first discovering their obligations in this regard, adding that during the next poll they will receive the basic information that the director general provides for elections.

Ultimately, the Commissioner sums up, the challenge is to maintain the residents’ confidence in their elected officials.