This year will be the year of the Griffon. To start off, Forged in Barrens’ expansion was announced at BlizzConline 2021. Also this year, the core set will appear in the standard format and the new old classic format.

Barnes and the crowd at the bow

For World of Warcraft players, the Barrens area is clearly bound up with the crowd. The announcement of this expansion, forged in Barnes, did not mask it with a strong cry of “to the crowd!” This is one of the first times that Hearthstone has gone deep into one of the two factions. The coalition will have its role later this year.

To celebrate the New Year of Gryphon and the Horde, every player who logs in will receive a new Legendary Card: Shadow Hunter Vol’jin. The latter costs 5 mana and has 3 attacks and 6 lives. Battle Cry allows you to exchange the customer on the field with the one in the hand of their owner.

Additionally, a new mechanic will appear: Rampage. In short, the first time your customer gets destroyed and survives, the said effect will happen. In the case of Blademaster Samuro, this inflicts damage on all enemy minions equal to the value of his attack.

Another interesting novelty is the addition of Schools of Magic. This means that spells will now have specific schools, as in World of Warcraft. For example, the Lightning series is a Shaman Nature and Fire-type Fireball spell. For the same class, one of the legendary cards revealed was Bru’kan which will increase Nature-type spell damage by 3. This is the first time Hearthstone has introduced this type of addition, but it is very similar to the Minions type. Already existing.

More details about the core group and shaman regeneration

Although Blizzard’s statement on the matter was Complete enough, Some additional details about the core group were part of discussions on Friday. For example, we now know Fireball and Tirion Fordrnig will still be among the cards specified in the base deck. We also learned that one of the goals of the latter is to update some cards like Ysera and Malygos which will receive more suitable versions for 2021. After that, some cards from the Wild format will appear in Standard such as Annoy-o-Tron and Tomb Pillager.

With the base kit, a class shaman will receive a substantial refresh. First, his heroic strength will allow you to get a new totem. The Wrath of Air Totem will be replaced by the Strength Totem. This allowed first to get more Spell damage while the latter would give +1 to the Allied Agent’s Attack value.

After that, many cards in this category will receive rewards. For example, the Earth Elemental card will have Overload 2 instead of 3. The other cards will also receive a drop in Overload, to upgrade the tier and make this type of card more applicable in the game’s ecosystem today. 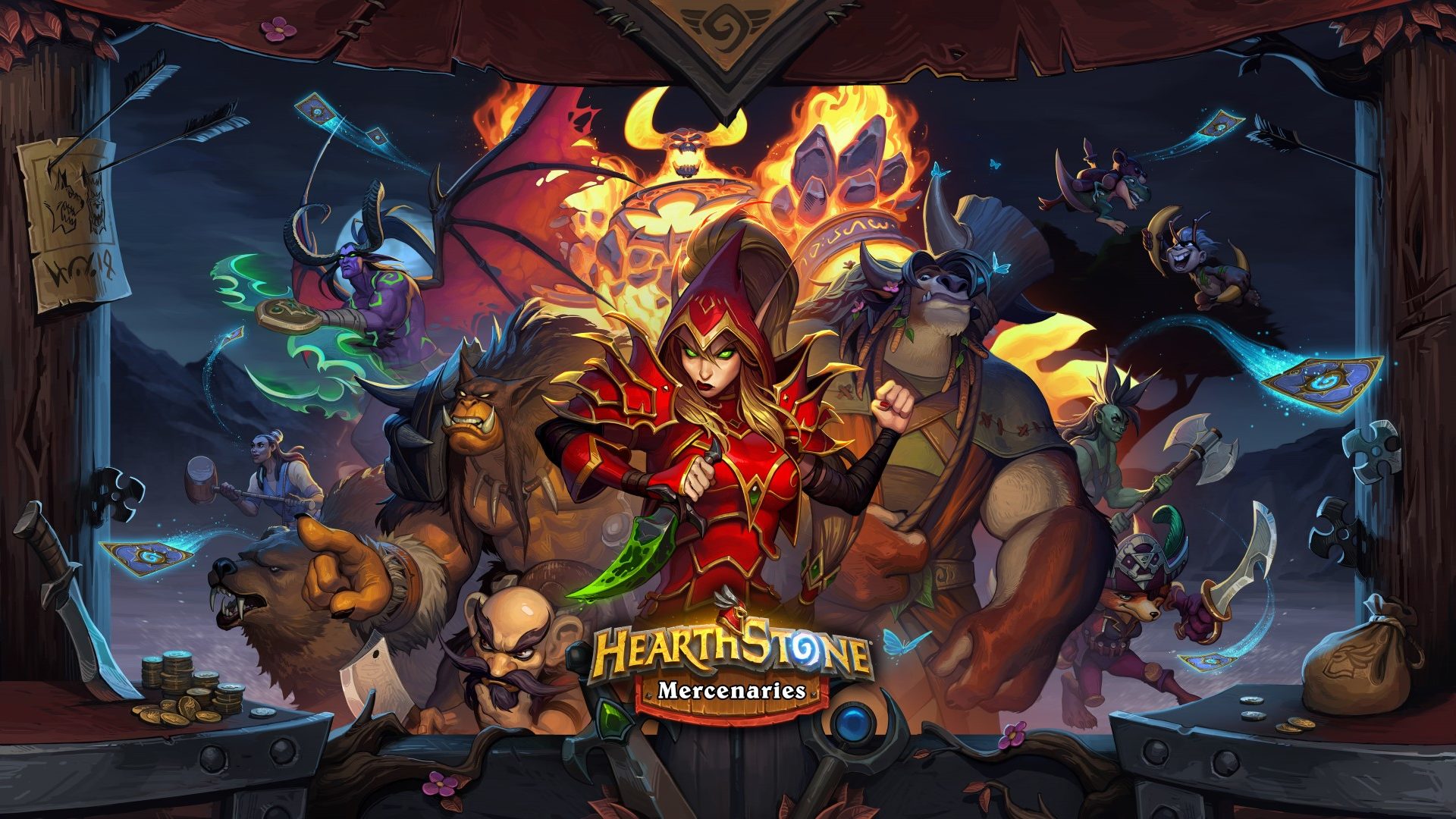 A new game mode will arrive in Gryphon Year: Mercenaries. This mode is inspired by roguelikes, tactical role-playing games, etc. You will be able to lead a team of 3 heroes, each with specific skills. You’ll have to fight your way through adventures in a map very reminiscent of Slay the Spire.

Unlike roguelikes, progress will be permanent. So your heroes will be able to keep their gear. It would be possible to drive Ragnaros, Illidan, Jaina and more. In addition, this mode will not require any of your cards. It’s completely autonomous, just like Battlegrounds mode. Although no exact date has been set for the Mercenaries, this mode is set to begin in 2021 just like Forged in the Barrens.