With thousands of different titles available to players online, there is no doubt that video slot games are the most abundant and most sought-after online casino games. This popularity is because of the simplicity of the casino game that requires little to no skills. You simply activate your preferred number of paylines, adjust the bet size, and press the spin button. To players, the creation of the slot game may seem easy. However, the development of the slot game is not as simple as its gameplay.

So, what does it take to release a new slot game? What does the development process entail from start to finish? First, let us have a look at the main stages of video slot game development.

The Stages of Development

When you play free slots no download on your favorite online casino, you hardly think about what goes into the game’s production process.  The creation of a slot game is not as simple as many deem it to be. Slot game developers devote lots of time and effort to the creation of your favorite slot game titles. The entire process of developing an online video slot game can be divided into the following stages:

The very first stage of slot game development is the conception of ideas. This is the creative stage of the development process, where many brainstorming meetings will happen to determine a lot of things about the general outlook of the game.  At this stage, the developers will brainstorm on the game’s themes, storyline, characters, soundtrack, colors, and graphics.

In many cases, slot game developers get inspiration from popular themes that they believe will garner a lot of attention from players. Some of the popular themes in vogue today include classic fruit themes, ancient civilisations, mythologies, sports, supernatural, adventure, crime, TV and films, and many others.

Furthermore, at this stage, research is very crucial because the developers must create something unique and not a rip-off or something similar to another existing game. Take, for example, the Blood Suckers slot machine from NetEnt and the Immortal Romance slot machine by Microgaming. While the two video slots have the same vampire theme, many things differentiate the two games from each other. For example, the graphics, soundtrack, characters, symbols, and storyline are entirely different.

The developers have to fully lay the schematics of how the game will look and work at this stage to keep it short.

The next stage in the development process is the determination of the gameplay details of the slot. These usually include the variance, return to player (RTP), and the features accompanying the game. Bonus features like scatters, wilds, gamble features, free spins, and many others make gameplay all the more interesting for players, so developers will often add one or more to their video slot game.

Here, they will also decide the mechanics of the video slot. For example, will it use a payline system, a megaways system, or a unique innovation? Furthermore, developers will make the decision on other details like the minimum and maximum bet sizes.

Because an idea you draw up looks good and flawless on paper doesn’t mean that it will work in reality when you incorporate it. The same is true for slot development. That is why after slot providers have drawn up a potentially great idea for a new slot game, the next stage in the development process is to test whether it is practical and achievable. To achieve this, developers cook up a prototype to see if they are on the right track. With the prototype, the developers can check out the technical details, playability, and game mechanics. They can also spot flaws that they didn’t envision, straighten out things that could potentially cause difficulty in the final product, and make appropriate improvements to the plan.

Once they have ironed out some details with the prototype, the next stage in the slot game development process is developing a preliminary version. Here the developers will build the skeletal framework/structure of the video slot game. It features only the most essential slot game elements like theme, game mechanics, music, random number generator (RNG) software, and graphics. 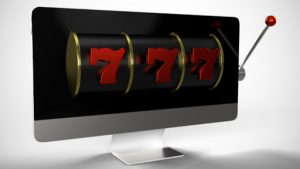 However, it is not the final product. Instead, think of the basic version as a draft copy of the final product. The goal of this primary version is to put the idea of the slot game to life. At this stage, developers can also carry out some testing to determine which areas need further improvement.

After the previous stages have been successfully carried out, video slot game developers will move to the most important stage of the development process – developing the final product. As we have mentioned earlier, the main purpose of creating a basic version of the game is to spot any flaws in the game development to develop the new game in the best possible way. At this final stage, whether there are bugs in the game, problems with mechanics, an issue with the music, or a bigger problem, the entire development team consisting of the content creators, artists, designers, and programmers will solve it. And with the entire team’s cooperation, they will create a fully functioning slot. This stage is all about rigorous development.

The next stage is the testing and polishing stage. Even though many of the previous stages in the development process involved testing, some errors or mistakes may have slipped through, or new ones might appear. So, even though the final product is ready for release, it has to be tested. Most video slot game providers have a team responsible for carrying out this role. In-house testers will play the game to test how it works:

Some slot developers will even go as far as to invite outsiders to test pre-released slot games. The purpose of doing this is to get the opinion of the actual people that will end up playing the slot game. Then, after collecting feedback from the testers, the developers return to work again on polishing the slot accordingly.

The slot has been developed, and it works as intended. Testers and critics have checked out the game, and they believe it is exciting and play-worthy. The next stage is to release the game to slot enthusiasts.

Marketing is the final stage of the development process. Now that the game has been developed and released for players to have fun, the developers will have to find ways to bring the game to players’ attention. Here, they will develop design concepts and strategies to promote the game. Some of the most popular ways slot developers usually promote their video game titles include:

When you go online to play slot games, one of the first things that will jump at you is the sheer number of games available to players. And accompanying these thousands of slot titles are hundreds of slot game developers dedicated to releasing new slot games almost every month. Highlighted below are some of the most popular slot developers that have designed the landscape of slot gaming today:

One undeniable fact about slot games is that this favorite pastime of gambling enthusiasts has evolved from what it used to be in the 1900s. So, the game is constantly developing, and with the rapid growth of technology in the world we live in today, we expect to see some interesting advancements in the future.