Even if Microsoft wanted to bury it, the Windows Control Panel didn’t say its last word. In the latest version of Windows 11, the Network Manager appeared in the Control Panel again, while recently Microsoft tried to hide it permanently.

It’s been almost 10 years now Microsoft is trying to replace its Control Panel with the Settings app. This module appeared in Windows 8, and is now ubiquitous in Windows 10 and Windows 11. Whether it’s to adjust the display, change network settings, manage installed applications, or run Windows Update, Settings app is now mandatory. And even if the Control Panel is still there, most of the possible settings refer systematically to the Settings module. Microsoft is slowly killing the Control Panelwhich many regulars continue to use.

In recent versions of Windows 11, Microsoft made the decision to bury one of the basic elements of Control Panel: Network Connection Tool, which allows you to manage your connection to the web and the local network. When you try to access it through the Control Panel, it’s the module Settings > Network and the Internet > Advanced network settings who shoots. Although the Network Connection Tool (ncpa.cpl) is still located in the operating system’s WindowsSystem32 directory, it cannot be executed. 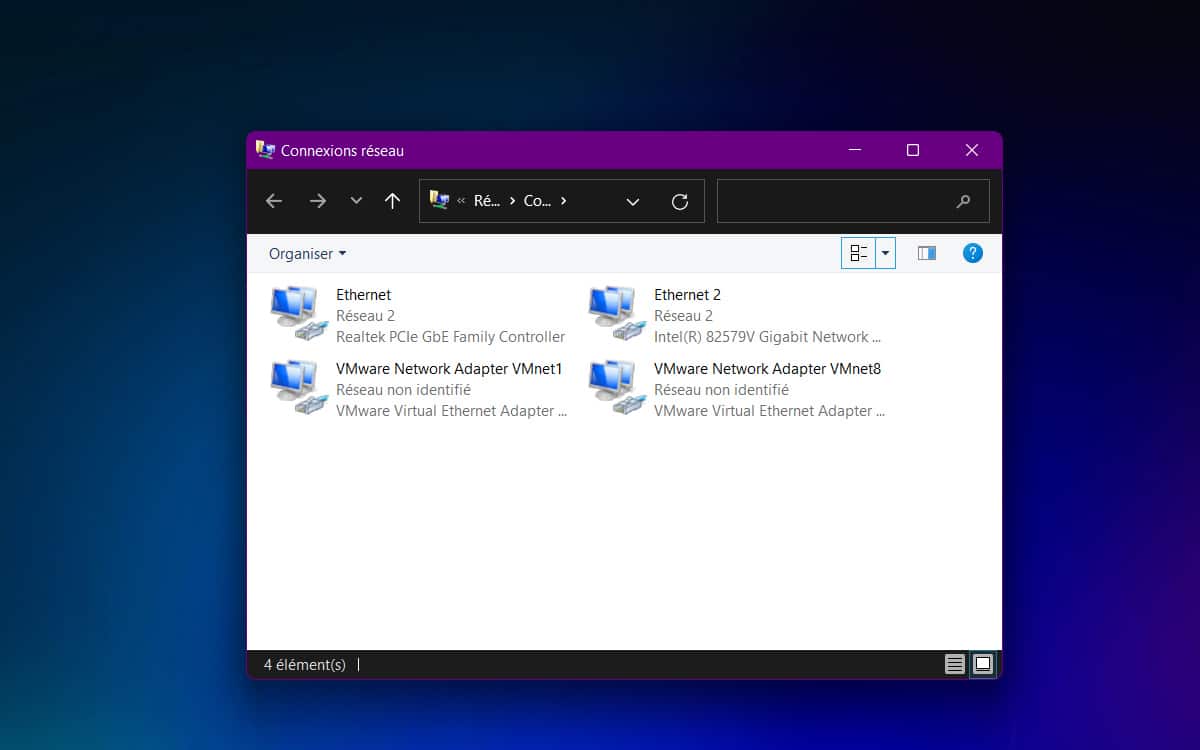 Good news for those who find that the network settings in the Settings app are not many enough. In the Windows 11 Preview 22538, which can be accessed by users of the Windows Insider Program, Microsoft has reversed its decision. Network Connection Manager is working again.

So it is possible to run the ncpa.cpl application either manually or by connecting to the control panel. Microsoft has not provided any explanation for this decline. It is possible that the decision was made due to limited network settings capabilities via the Settings module. Some on Reddit enjoy explaining that Windows developers may have had problems managing their own network, and that they weren’t able to troubleshoot it via the new interface… which makes them have to return the old one.