Quebec’s Audrey series is back to compete in CANNESERIES

As we know, two Quebec series are in competition at CANNESERIES (1-6 April) while about twenty cultural and audiovisual companies in Quebec are participating under the creative banner of Quebec Société développement des entreprises Culturelle (SODEC) at MIPTV (4 April)-6) , one of the leading global markets dedicated to buying, selling and financing entertainment of all kinds for all platforms. Telefilm Canada also has a large Canadian delegation in its booth at MIPTV, which also includes companies from Quebec. 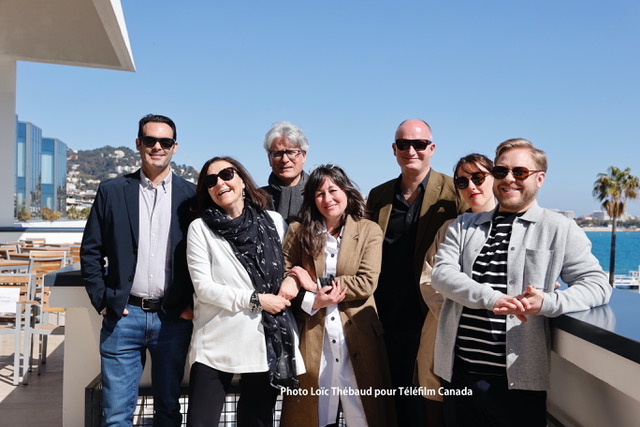 Audrey Returns (written by Guillaume Lambert and Florence Longbury, directed by Guillaume Lonergan and produced by Pixcom) is one of the ten series selected in the official CANNESERIES competition, the first of its kind for a Quebec series. It was presented yesterday at the Lumière Theater in the Grand Palais. Here are the pictures of the Pink Carpet of Audrey team back for the occasion in Cannes.

The Complete series lycée (written by Charles Alex Durand, Alec Pronovost and Sandrine Vieger-Beaulieu, directed by Alec Pronovost and produced by Productions ToRoS) will compete in the short series category. It is presented today at CANNESSERIES.