Becoming a student means you get to go to parties and let loose. After all, it’s your first time away from your parents, their rules, and their overreaching control. You can do whatever you want now!

Of course, there’s nothing wrong with having some fun. But if you’re not careful enough, a fun night can turn into an unpleasant surprise – or even a traumatic event. You might get robbed, beaten up, drugged, assaulted; the list goes on.

Yes, the chance of something like that happening isn’t great. But it’s not zero, either. So, don’t think that taking some precautions is a boring oldster thing. Following simple rules can save you from big trouble.

But how do you stay safe while cutting loose on campus? Well, the writers at EssayPro.com reminisced about their student life and are ready to recount seven tips to help you do exactly that. And while you read their advice, remember: it’s all fun and games until it’s not.

It’s easy to get caught up in life on campus, but don’t let up on some common-sense safety tips. For example, no matter how much you trust your fellow students, always lock up your room’s door and windows. This goes for whenever you go out – and for the night even if you stay in, too.

But the list of things you should lock up doesn’t end there. If you share a dorm room with someone, it’s a good idea to invest in a laptop lock, for example. Not because your roommate might steal it – they might just forget to lock the door on the way out.

If you get around by bike, lock it up too – never leave it unattached. Bikes are among the most commonly stolen items on campuses across the country!

Keep Track of Your Drinks

When you’re at a party, it’s easy to get carried away and have one too many. Most students live through it. But that doesn’t mean you should – it’s far from a safe thing to do.

If you’re too intoxicated to stay alert and keep track of what’s going on around you, you’re an easy target for all sorts of things. And if you can’t walk straight, you’re practically begging to get robbed: after all, you’re too drunk to resist or do anything about it.

Apart from that, keeping track of your drinks also means not letting them out of your sight. If you do, you might get drugged without your knowledge – it’s all too common, unfortunately. On top of that, don’t accept drinks from people you don’t trust: pour yourself one instead.

Let’s say someone approached you at a party. They’re a total stranger to you, and your gut tells you that there’s something off about their behavior toward you.

You might want to be polite and likable, so you shut off that little voice inside your head that tells you something is wrong. And that’d be the worst thing you could do. Instead, you should trust your gut and play it safe – refuse their suggestions and withdraw from the conversation. Be firm about your response.

Remember: it’s okay to lie if you need to. It’d be a white lie. And if that doesn’t work, it’s better to be rude but safe. So, go ahead and make a scene. If there are people around you, it’ll also attract attention – and that’s something that doesn’t go well with bad intentions.

Stick With Someone You Trust

Don’t go alone to an unfamiliar place for a party where you don’t know a soul. Otherwise, if things go wrong, you’ll have no one to turn to or talk to. Plus, you won’t have anyone to look out for you and notice a creep or something else, either.

So, go to parties with someone you trust. This way, you’ll be at ease, the party will be more fun, and you’ll have someone to cut you off or warn you when needed. But remember: you have to be as helpful to your friend(s) and look after them, too!

See also  [Critiques] On your screens - the past is here, the future is somewhere else

When it’s time to go home, don’t do it alone, either. Stick to the buddy system. If that’s not possible for some reason, most campuses offer escort services to get you home safely – use them then.

Have a Plan & Be Prepared

What would you do if you couldn’t find your wallet all of a sudden? Or your phone? Or in any other emergency? If you have no answers to these questions, it’s time to make plans.

For example, in case you get robbed, it’s better to have some emergency cash hidden separately from your wallet and other valuables. And if you lose your phone (or it just dies), it may make a huge difference if you have emergency contacts written on a piece of paper.

Here are three more suggestions you should consider:

Whenever and wherever you are, pay attention to what’s going on around you. That can mean many things. For example, when you’re at a party, keep track of who might meddle with your drink. When you walk, make sure you’re not being followed.

That doesn’t mean being constantly anxious about your surroundings or turning yourself into a Jason Bourne. It just means being mindful of the people, objects, and the overall environment when appropriate.

For example, stay alert and look around when you approach your car. Don’t let your devices distract you, when you walk at night, be it because you return home from a shift or a party. If you want to listen to music, use just one headphone to hear what’s going on around you.

Catch Up on Self-Defense Basics

Sometimes, the worst can be about to happen. You might find yourself in a situation where you need to defend yourself – it’s impossible to eliminate this risk.

It’s better to be safe than sorry. So, carry a whistle, tactical flashlight, or pepper spray with yourself. But that alone won’t be enough, especially in the case of the flashlight and pepper spray – you need to know how to use them, too. Make sure you do your homework beforehand.

Finally, learning some self-defense moves never hurt anyone. So, if you’re looking for a sign you should take a self-defense class, this is it. Besides, your campus probably offers one! 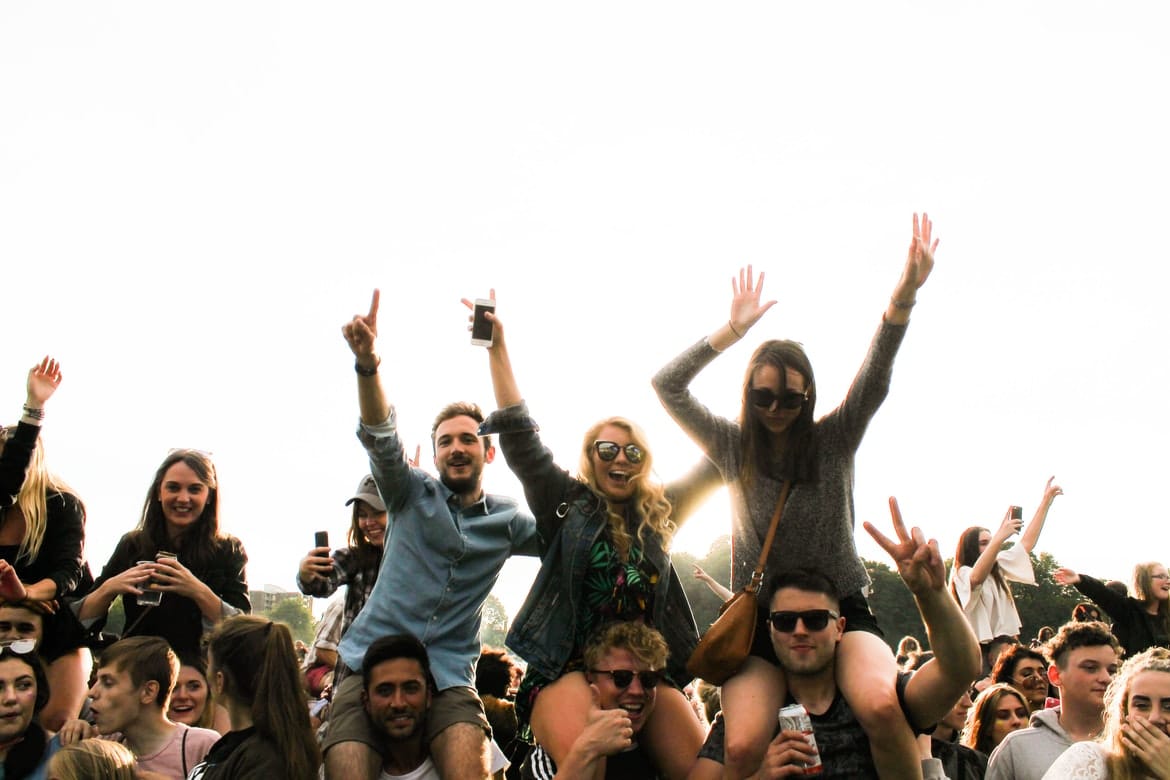 Plenty of people who get robbed or assaulted never thought it would happen to them. So, don’t fall into the same trap. No one can go through life with a guarantee that nothing bad will ever happen to them.

That said, there’s no need to be overly paranoid about it, either. Just because it might happen doesn’t mean it will. Most people you’ll meet during your student years won’t have any bad intentions toward you.

Just make these seven simple tips a part of your lifestyle. It’s great if you won’t ever need them. But if you ever end up in a pickle, you’ll be glad you’ve thought things through.