Developer Howard Oakley has Proceeding mode To analyze the performance of the built-in CPU in the Apple M1 Pro and Apple M1 Max chipsets when using a MacBook Pro that integrates them into the battery. In the Intel era, it was common for performance to be low when the computer wasn’t plugged into an electrical outlet, to conserve battery or simply because the battery couldn’t provide all the power needed. As we noted in our testing, that doesn’t seem to be the case with the latest MacBook Pro, given that we got exactly the same scores in all situations.

These new tests detail what happens to each CPU core embedded in an Apple chip, by plugging in the computer, using it normally on the battery, and eventually activating Power saving mode added by macOS Monterey. The eight high-performance Firestorm cores are handled differently than the frugal Icestorm cores and the simpler case with the latter. Whatever the situation, Icestorm cores run at full speed, whether on battery or not, in power saving mode or not.

The six Firestorm cores operate in only two states: when the power saving mode is activated, the maximum frequency is automatically reduced, from 3.2 to 2.8 GHz. This reduction mechanically degrades performance, but it only occurs if the user voluntarily activates power saving mode. When that doesn’t happen, high-performance cores are spinning to full capacity, whether the computer is battery-powered or plugged into an electrical outlet.

These results are summarized in a graph that is not easy to read, but I will try to break it down. Displays the theoretical performance of a CPU as a function of the number of active cores, from 0 on the left to 9 on the right of the graph. On the rise, we have a performance index and see that the more active cores, the higher the performance. The small line at the bottom (green) corresponds to the thrifty cores and there is only one line, because the result never changes in any situation.

At the top of the graph, the two longest lines correspond to the eight Firestorm cores and if there are two, it is precisely because their behavior varies depending on whether the power saving mode is active or not. In yellow, the performance of cores without power saving mode is exactly the same whether the computer is plugged in or not. In red, the performance that these same powerful cores provide when Power Saving Mode is active, again, whether the computer is connected or not.

This graph allows us to draw several lessons, the first of which is that using computers on battery or not does not affect performance, but we already know that. On the other hand, we can also note that the power saver mode in Monterey has no effect on the performance of background tasks, those that are entirely dependent on the two power savers. This means that there is no need to activate this mode to save battery power if you are not using the computer, and it means that these tasks will be performed at a constant speed in all circumstances. 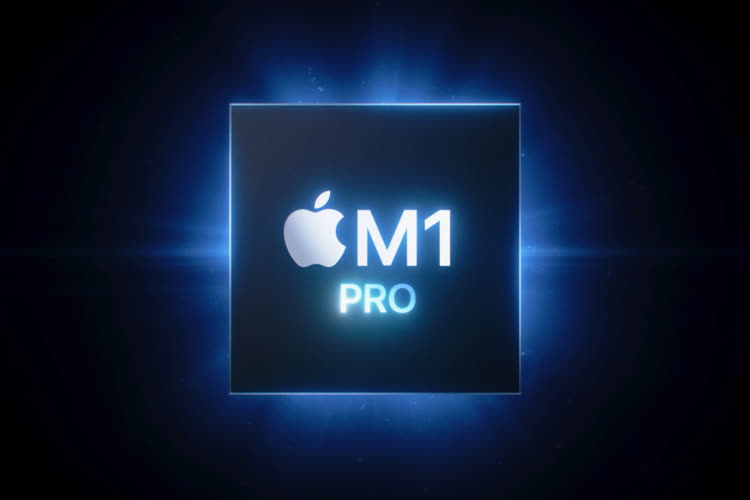 The main tasks, especially those performed by the user, depend on fast cores, then activating the power saving mode will reduce performance. But the graph shows that tasks that use many cores are primarily affected, and the performance gap increases with the addition of cores. In other words, a simple task that will activate only one core will be executed at roughly the same speed with or without power saving mode.

Finally, it should be remembered that these tests focus on CPU cores and do not necessarily represent the overall performance of Macs. The Apple M1 Pro and Max both have other components and other key components should be evaluated as well, including the SSD. However, we know from experience that the 2021 MacBook Pro are very fast machines in all conditions and these particular tests allow us to detail why by focusing on the CPU.