Duke Nukem’s license has been largely abandoned by his publisher and that won’t change anytime soon. After the failure of Duke Nukem Forever, our anti-hero is better off. That doesn’t stop us from taking a look at this trailer launched on the web, which shows us what should have been Duke Nukem Begins, another game in the series that was canceled along the way.

Was that really good?

If you’re not a die-hard fan of Duke Nukem Begins, you might be wondering what Duke Nukem Begins could look like. To summarize forcefully, as the name suggests, it should have been an introduction to the story of our dear Duke. The game was never officially announced, but it has been known for several years now, with occasionally leaked images and documents.

If we are based on known information about the project, then development will begin in October 2007, and it is likely that it will be released in 2010. It was 3D Realms that launched the editor Take-Two Interactive to create a new game. It uses the Gearbox software, but for some reason the development was suspended in April 2009.

In 2014, Gearbox Software sued 3D Realms, which continued to license the Duke Nukem franchise to other developers. We’ll learn in 2020, that at the time Gearbox Software was negotiating a “big project” with a publisher about the Duke Nukem licensing. Except when it learned that 3D Realms had licensed Duke Nukem: Mass Destruction, the publisher in question halted negotiations, because there might be suspicions that Gearbox holds the rights to Duke Nukem. 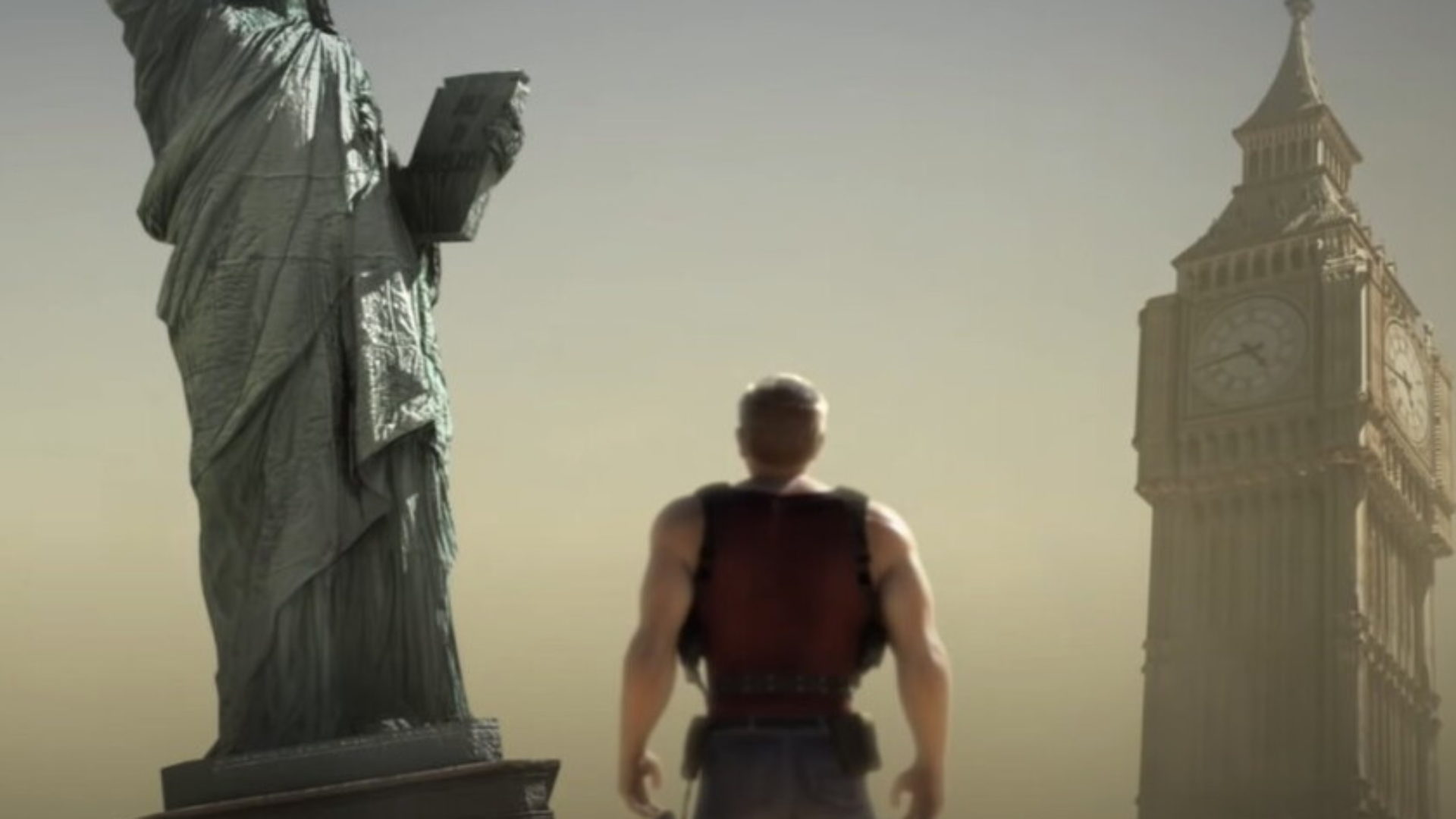 It has since been accepted that Gearbox Software no longer has any interest in releasing Duke Nukem and that the franchise is discontinued.

And if you hear correctly, even if it was just speculation, perhaps the infamous “Grand Enterprise” was what should have become Duke Nukem to begin. Until then only a few bits of photos or information had come to us, but Gregor Bunchats, who directed the creation of the trailer, decided to share it on the web.

In the description of the video we read:

In 2008, when I was working at Janimation in Dallas, Texas, we were hired by Gearbox to create a “vertical slide” (an animated version of what the game should have looked like) for Duke Nukem Begins, The History of Duke’s Origins.