when game developers conference, Microsoft intervened on many points. In addition to presenting ID @ Azure Program for Independent DevelopersThe company also revealed several statistics. Among them, the impact of Game Pass on gamers’ habits and consumption of games.

Players who play more and more

As a Eurogamer study revealed a few months ago, we have confirmation that subscribers play 40% more games, and Spend 50% more on Microsoft Store than non-subscribers. They also try 40% more games, with a 30% increase in the number of game types tested. According to Microsoft’s comments, 90% of gamers say they’ve played games they wouldn’t have released if they hadn’t signed up for Game Pass.

In terms of gaming, the effect of Game Pass is also beneficial. We know that for games that arrive as soon as they are released to the service, the increase in players is very noticeable within the first 90 days of their availability: 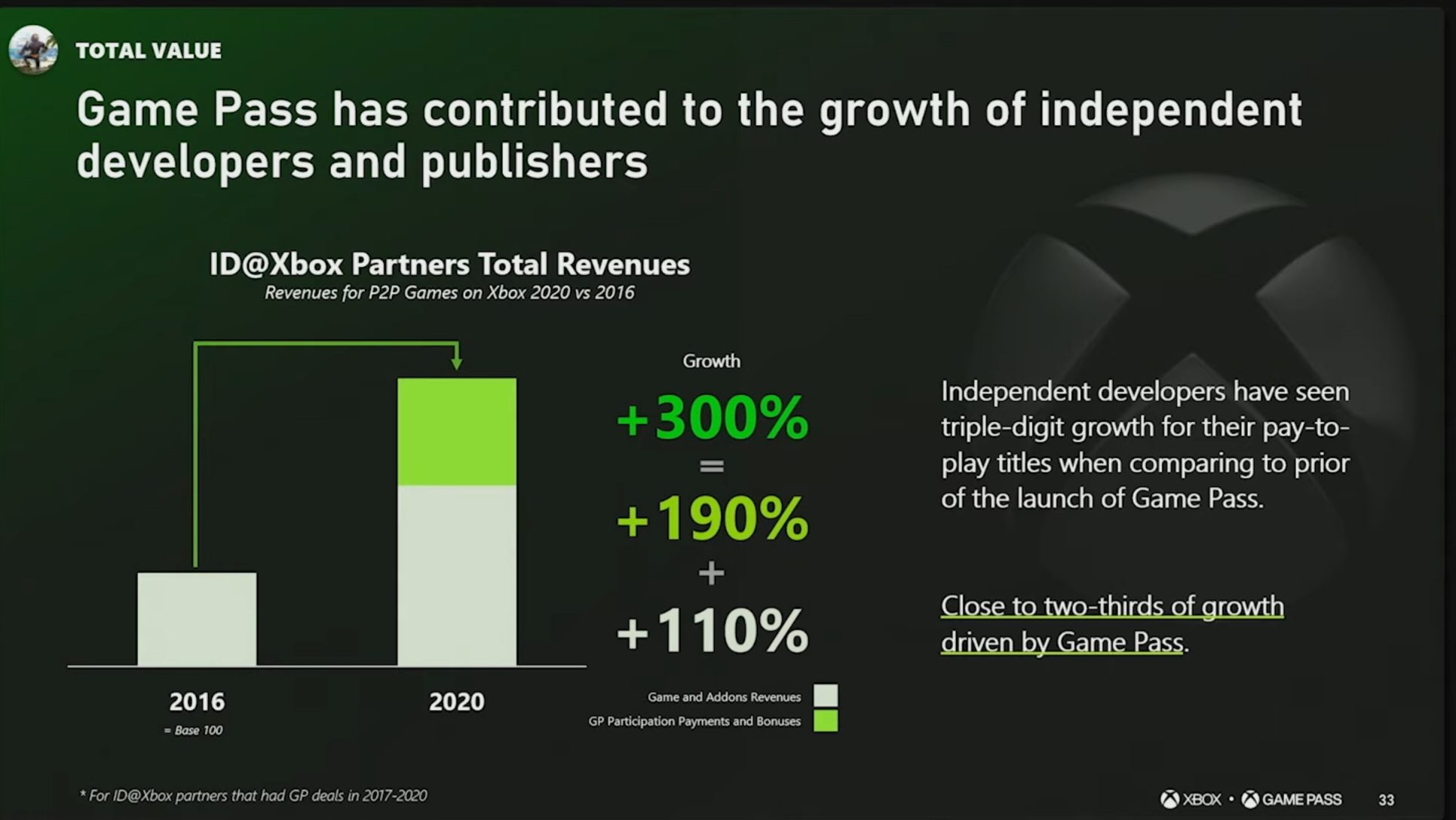 For 2017-2020, independent developer revenue growth was 300%. According to figures provided by Microsoft, roughly two-thirds of this increase will be related to Game Pass.

This should begin to allay the concerns that many gamers in the video game sector may have about this new economic model. Especially since according to Microsoft, the games remain viable even if you do not integrate the Game Pass catalog.