Technology never stops developing. Humankind can now receive unprecedented accuracy images of the moon due to spatial image capture technology. Let alone other spheres of life. Things that were commonly used in movie production and other spheres involving video editing about five-ten years ago are now desperately outdated or have to be modernized to fit the needs and requirements set by moviemakers. New video technologies make videos better, more exciting, and it seems like there are no boundaries that could stop the developers from inventing something new.

New Technologies in Video Editing. How Did They Change the World?

While the implementation of new video editing technologies offers endless opportunities for people involved in video content production, their appearance often brings about controversies in other spheres where such technological developments can influence and be used.

One of the biggest concerns is whether the application of some video editing technologies can affect the way information is introduced to the public. Some video editing technologies can alter the actual content of the video with no obvious signs of it, which might be used for the bad. Anyway, it’s not the technology but the people using it who will be responsible for such actions.

Leaving that all aside, let’s dive into the new video editing technologies you might not know about.

Some people didn’t lose time during the pandemic working on new projects. That way, they could develop skills needed in the post-pandemic world and get on the wave of success. One of them was Professor Maneesh Agrawala – a computer graphics expert from Stanford University who has presented a new video editing technology in spring 2021.

The so-called technology 202 implies the possibility of producing a photorealistic video of a person saying things they have actually never said. Basically, having enough hours of video footage, the presented application can change the articulation of the person in a video so that it looks like they are saying words you want or need them to say.

The editors working with this program add or delete any word, phrase, or sentence from the video script. The application, in its turn, assembles the mimic and articulation to the given scenario by picking out the needed pieces from other parts of the footage. When the job is done, it’s impossible to differentiate between things actually spoken by the actor or speaker from those inserted by the application.

The idea of the developers was this application should help video production by eliminating the need of reshooting the scenes where there was a slip of the tongue or critical phrase missed. Also, the technology can be beneficial for speeding up the video editing process. However, many people, especially those involved in politics and journalism, are growing worried because of the risk of this technology being used for creating fakes. Anyway, only time will show who is right and who is wrong. As of now, this is one of the newest video editing technologies presented.

Another technology that has changed video editing in many ways is algorithmic editing. While used for working with the footage, this technology is nothing else but pure maths. It is aimed to simplify and speed up the video editing process by releasing the editor from doing certain things.

In fact, the footage will be cut and rearranged based on the set algorithm, scheme, roadmap – call it as you wish. For instance, an editor needs to arrange the scene in a way that it should include four frames from camera A and three from camera B. The editor should set the scheme for the program, which would then rearrange the footage exactly as it has been directed to.

See also  Bloomberg: The next generation of MacBook Pro to deliver enhanced viewing and faster shipping via MagSafe 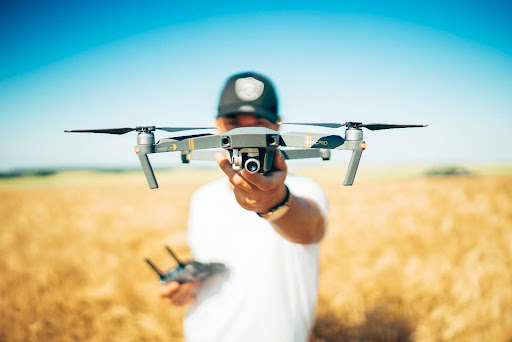 While drones can help you bring to life YouTube vlog ideas for travelers, they are also often used for filming general plans in movies, educational, and travel videos. The presentation of this technology in video production allowed saving significant sums of the film budgets while getting excellent quality footage for the movies.

With the appearance of drones on the set, the need for sending an operator in a helicopter for shooting the car chase scenes has gone into the past. Now, only one person with a drone controller is enough to shoot breathtaking scenes for action movies or any other video product.

The process of digitizing audio hasn’t stopped since the beginning of the previous century. The innovations in audio recording are rapidly developing. Millennials have seen many stages of audio recording development, starting with audio cassettes, continuing with CDs, all sorts of digital audio file formats and tools to enhance the sound, make it purer, and remove background noise. Nowadays, we can do literally anything in the video editing sphere.

Using video software, we can make any changes in video and audio. Practically any video editing software provides a range of tools for editing videos. What’s more, you can not only change the audio already present in the footage but also overlay it with comments or music in the post-production stage. Whatever software you choose, Magisto, PowerDirector by Cyberlink, or VideoStudio, you’ll get access to some video editing features.

Countless video maker tools for video editing are now available in the cloud. This way of working with the footage is increasingly popular. It’s convenient, and there’s no need to download and install the software that requires powerful computers and lots of storage space.

Working on the video in the cloud allows sharing the results with other participants of the process instantly by granting access to the files. Also, by editing the footage online, you exclude the risks of losing the information. Overall, cloud work is super-convenient, so it’s no surprise it’s getting so popular. 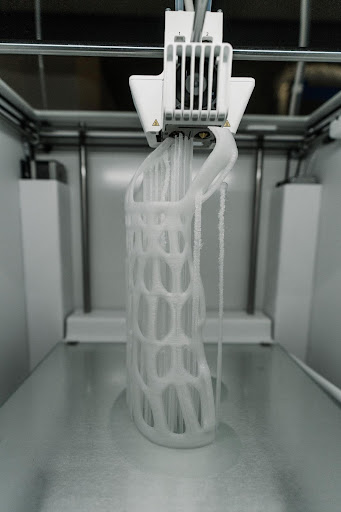 The application of 3D visual effects has become regular in the movie industry. However, the use of 3D printers is a kind of novelty in the sphere. By creating costumes, props, and elements of movie decorations with the help of 3D printers, the movie makers can add a realistic feeling to the footage. The Marvel Entertainment company uses 3D printing in their movies quite often. Do you remember the hammer of Thor in “Thor: The Dark World”? Or the mask of Star Lord and the costume of Korath from “Guardians of the Galaxy”? Or the costume of Queen Ramonda of Wakanda from “Black Panther”? They were all made using 3D printing technology.

New technologies are coming to the movie industry, giving the creators more time, space, and opportunity for art and creativity. While some technologies are only growing popular, others have already proven their efficacy and got praise from movie makers. Most of the innovations are available for professionals only. But an average user who likes making cool videos can also try most of them. So look for new opportunities. Who knows where they can get you?