The computer console we expected?

Valve has finally announced its portable console, and it will be available for pre-order starting Friday, July 16, while sales will begin in December 2021.

Steam Deck takes the main lines of the Nintendo Switch, but adds several advancements. There’s no doubt about the detachable Joy-Con here, but we’re gaining on every side a touchpad. There are also two speakers on each side of the screen to provide better spatial display of stereo sound. Finally, four keys are also placed on the back of the console, as on advanced game controllers. 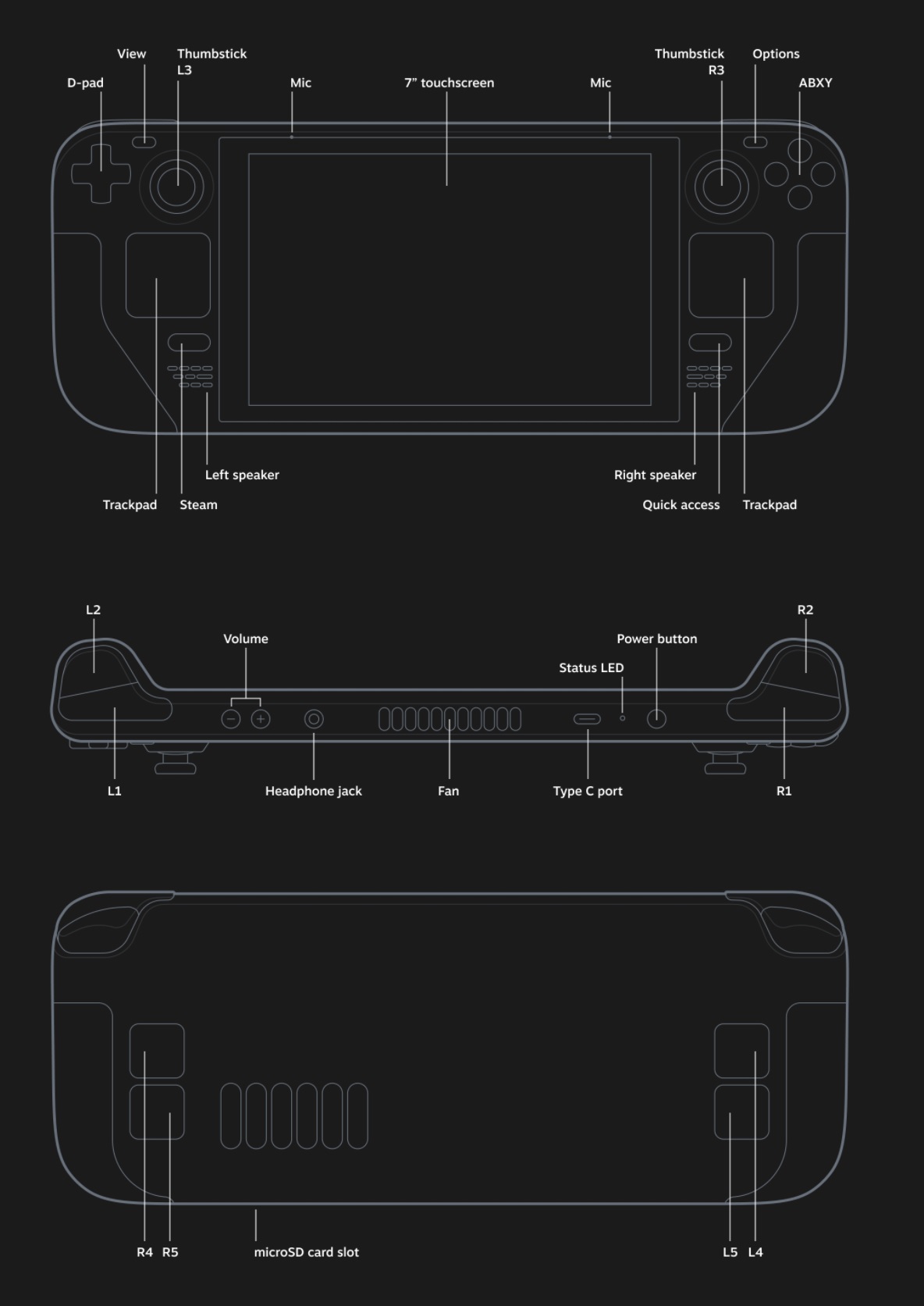 To get it all moving, Valve naturally relied on AMD and its Zen 2 architecture that already powers the PS5 and Xbox Series. The graphic part has a compute capacity of 1.6 Tflops in FP32. This might not sound like much compared to the latest graphics cards, the most powerful of which display 23.5 Tflops, but resolutions at 720p require infinitely fewer resources than 4K. Note that the most expensive version of Steam Deck, which is a bit unfortunate, will benefit from an additional anti-scratch and anti-reflective treatment. 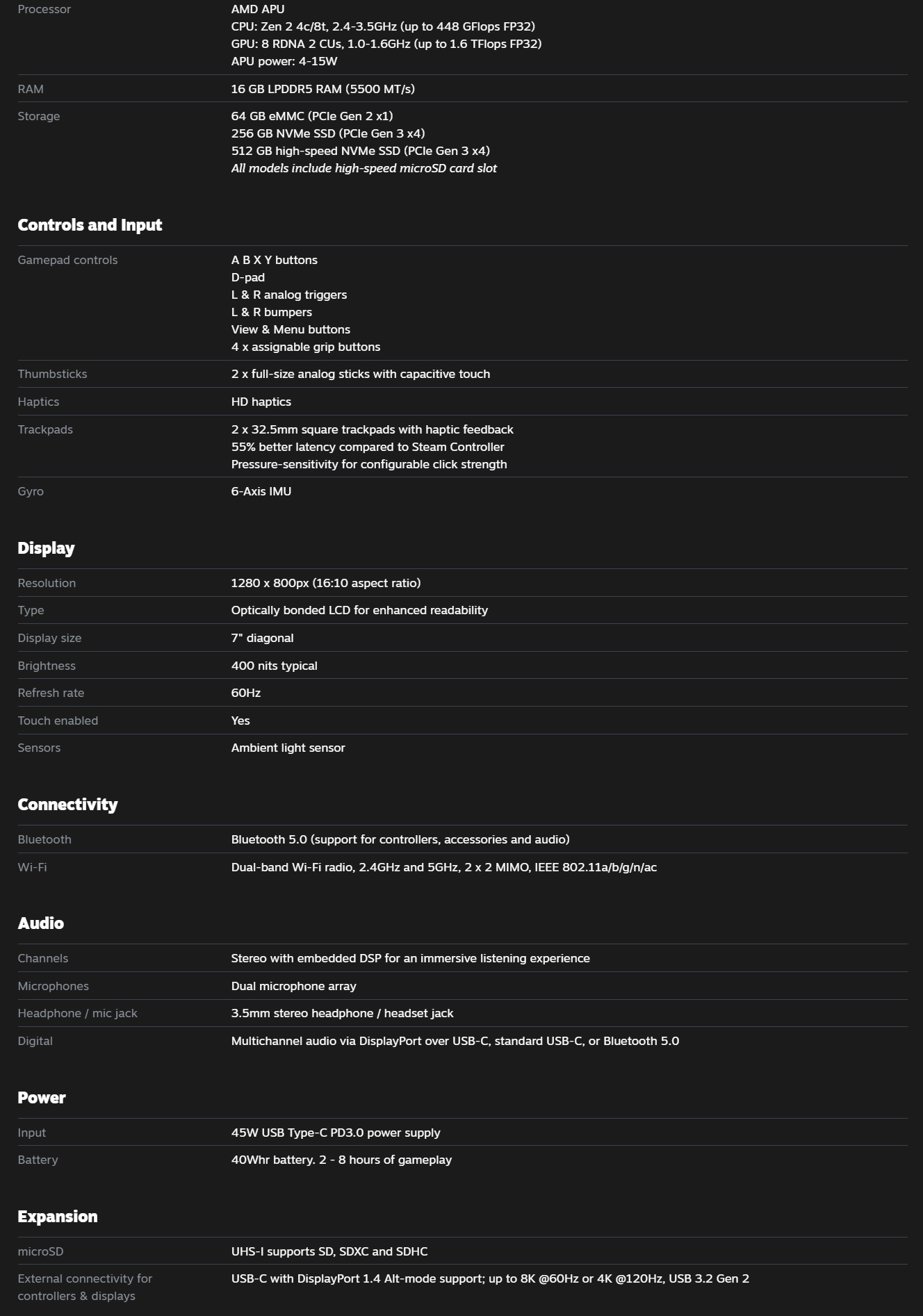 A dock will be available, but it will be sold separately. Valve has not yet sent any information regarding its tariff. In turn, Steam Deck is presented in three versions.

If you’d like to pre-order it, you can do so starting Friday, July 16 from 10am. After this link. 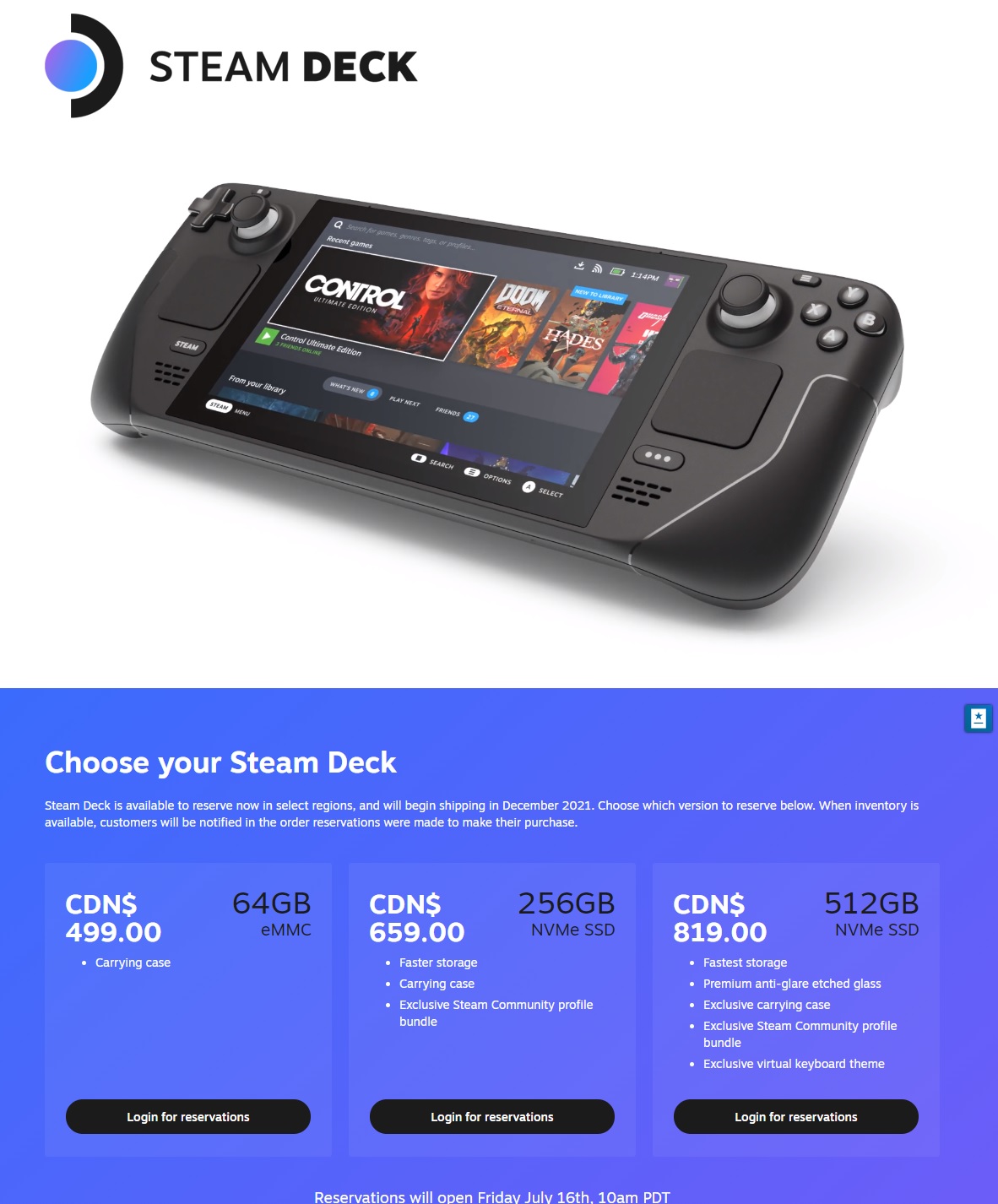