Aaaah finally! Since the launch of the Nintendo Switch, I’ve been eagerly awaiting the announcement of a remastered version of The Legend of Zelda: Skyward Sword, which I devoured when it was released in 2011. To celebrate the franchise’s 35th anniversary, Nintendo granted my wish! But after tasting the complete freedom that The Legend of Zelda: Breath of the Wild offers, do we have a lot of fun remaking this game with more classic playability? This is what we will find out.

A copy of the game provided by the Canadian company Nintendo

Each game in the Zelda series has a special feature that makes it unique; In the case of the Skyward Sword, there is a possibility to have full control of our sword through motion controls. In 2011, this was the only option, and it worked fine. Motion controls are back, better than ever with the Joy-Con offering more precision than the Wiimote this time around, we can also play with more traditional controls. But now the accuracy of handling the sword has become so proven in the mechanics of the game, in the context of battles and solving puzzles, that it was simply not possible to replace it with an attack button.

We move with the left joystick, as usual, but the right joystick is used by default to give sword strokes, in the direction in which it is moved. By keeping our finger on the L, the right joystick also controls the camera. We feel that Nintendo has worked hard to make more traditional controls possible. How many times have I heard people say, “I’ve played every Zelda game, but I’ve never done Skyward Sword because of the controls!” Nintendo heard you too, and the choice is there now; But let’s be honest, it takes some getting used to and some attacks can be simplified, like the horizontal spin attack and the killer attack. The best way to play The Legend of Zelda: Skyward Sword HD remains with Joy-Con in motion controls. However, in my case, I’m only playing handheld with my Nintendo Switch Lite, and the Skyward Sword HD’s features far exceed the shortcomings of traditional, unintuitive controls.

Read also: 5 things you didn’t know about The Legend of Zelda: Skyward Sword

Honestly, this is the only downside for me for this version of Skyward Sword. 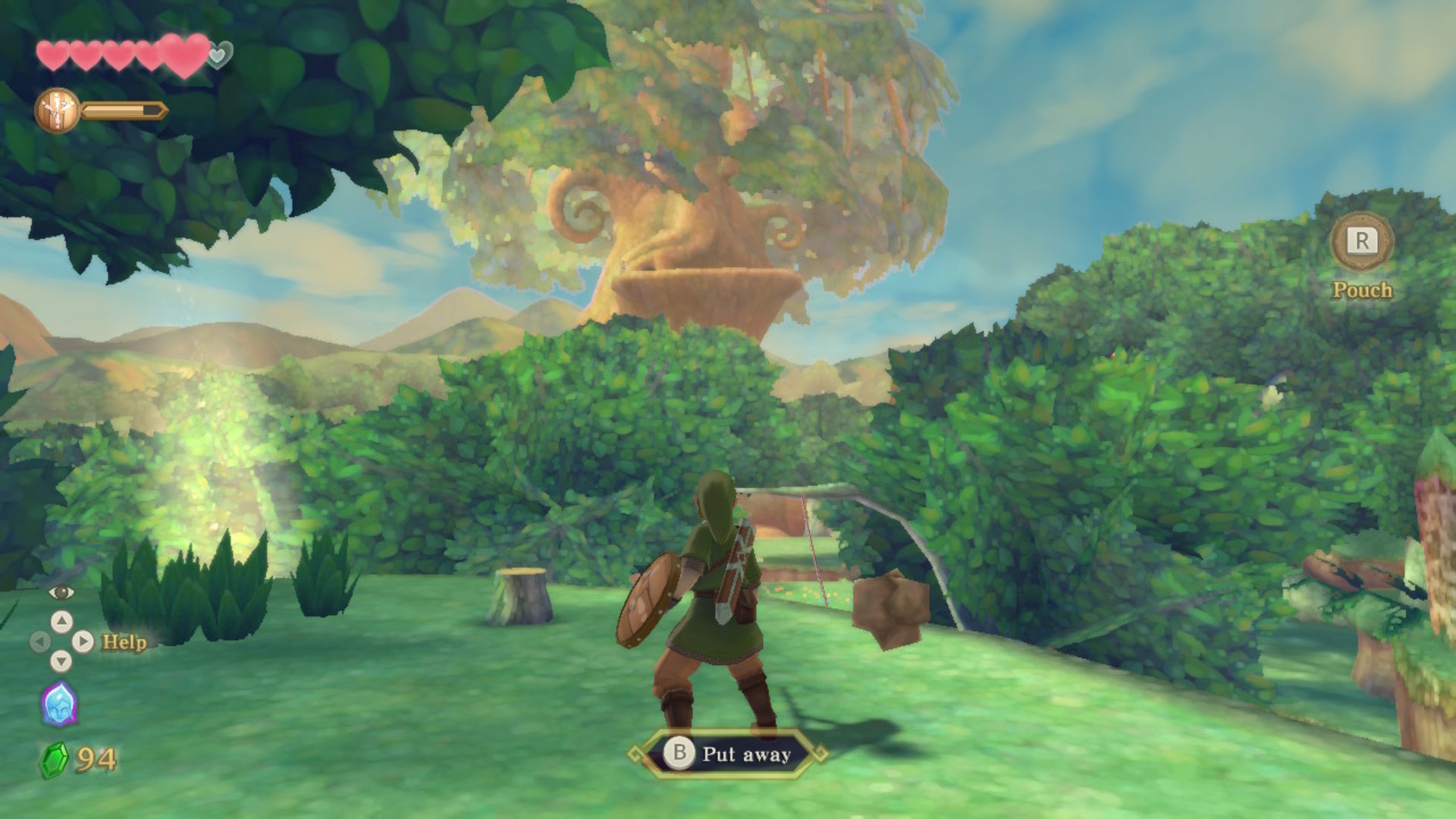 If you play the original, you will first be amazed at the graphics quality. Although this is a 2011 game, the HD remaster is more than successful. Textures and character models Sharp, as they say. The artistic direction, reminiscent of Impressionist motion graphics, takes on its full meaning. In the original standard definition version, texture colors were combined into a set of pixels. The Nintendo Switch allows the game to display as it should, as well as a 60fps rendering speed, which is not uncommon in the Switch library.

We’re playing Link, of course, in what is by the official schedule, his first incarnation. The Kingdom of Hyrule does not exist yet. Link and Zelda are childhood friends who have lived on Skyloft, a floating island cut off from the face of the world by a thick screen of clouds, and have been for centuries. It happens and what must happen and Link will have to venture onto the surface of Hyrule. In terms of narrative quality, Skyward Sword is in my opinion at the top of the franchise; Not only do Link and Zelda have a more exciting dynamic than ever, but we also manage to catch our interest in some minor characters who have an effective storyline. Even our companion, Fi, at first glance cool and robotic, will seduce you with some feelings before the end of the adventure. The icing on the cake: Skyward Sword is filled with discoveries that have implications for the entire franchise. We will not spoil you to discover you. 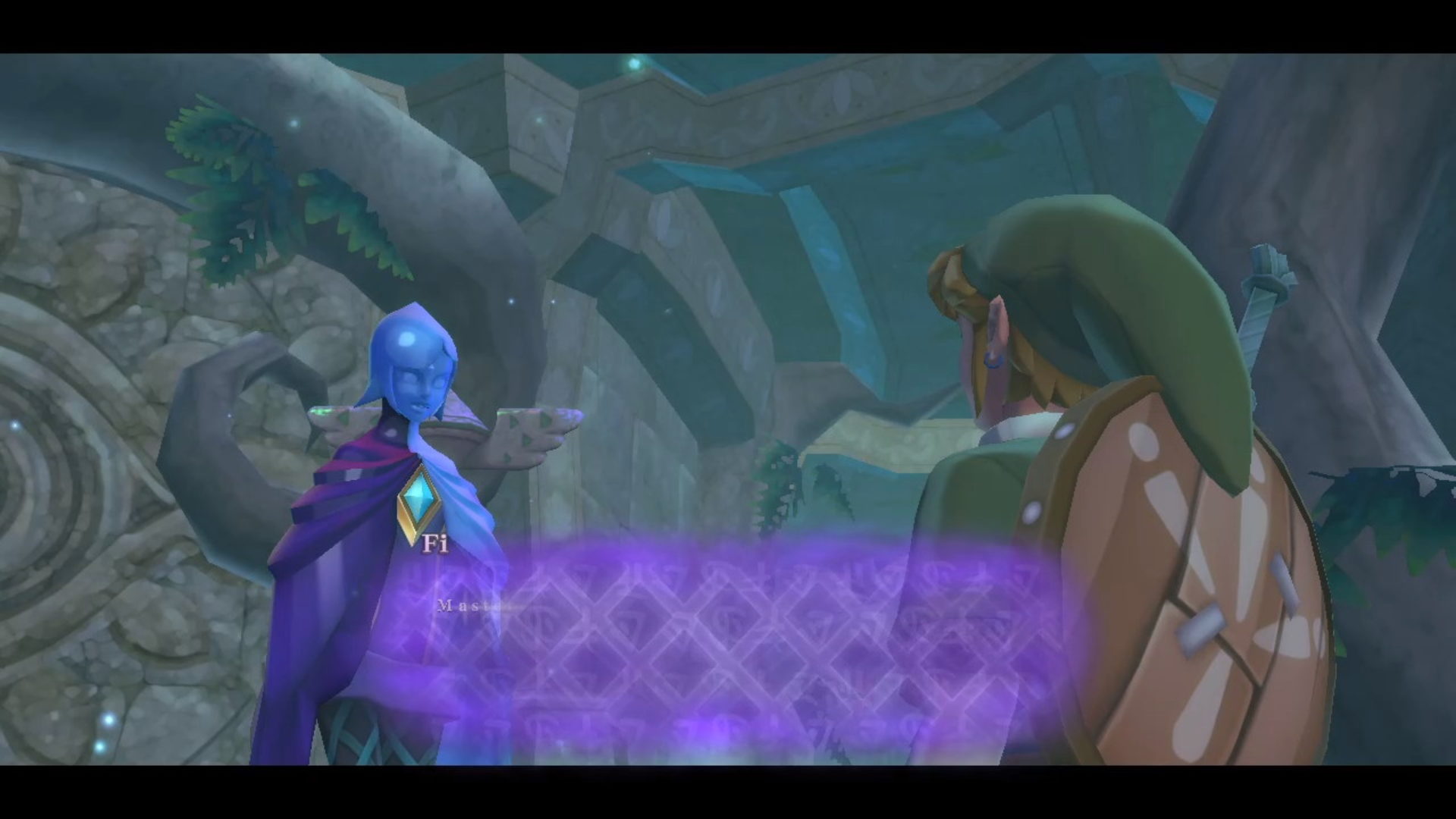 Ah and not to forget, the unforgettable surgeon, the opponent we will have to face many times during the adventure. 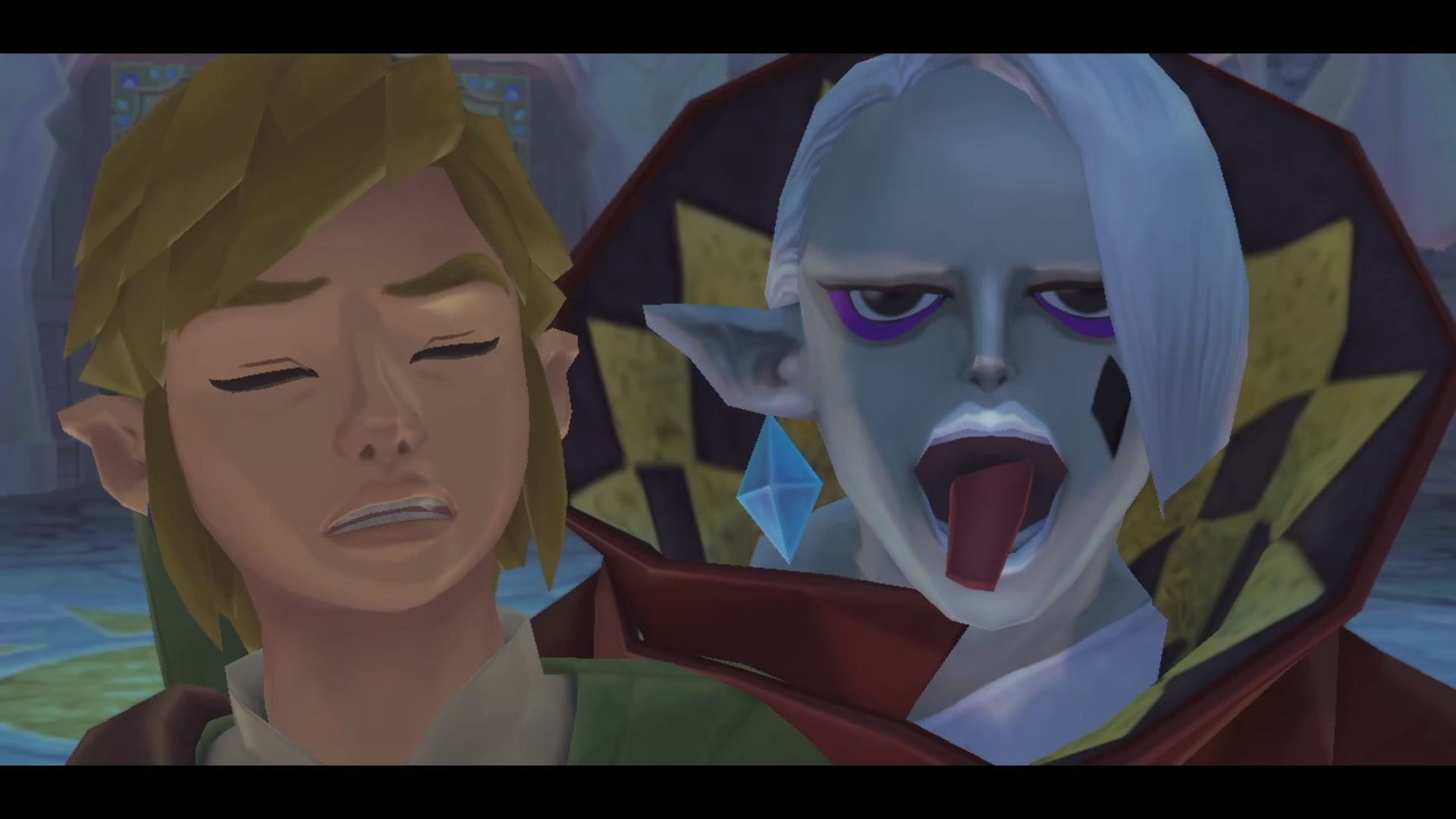 The Skyward Sword is the opposite of Breath of the Wild when it comes to exploring and designing the world. Even the Skyward Sword is one of the most sinister Zelda in the franchise, which divided the community upon its release. The Skyward Sword world is divided into 5 regions; Skyloft that serves as a village where we can walk to buy armor, bombs, potions, etc., and even improve our equipment by returning resources to the blacksmith. There is the sky where we can walk on the back of the sky and discover the little floating islands that contain secrets and mini games, basically. Then there are three large areas on the surface, Farron Woods, Berkane El Din and the Lanaiero Desert, which we explore to find dungeons.

If in Breath of the Wild we have a large continuous open world with a “realistic” design, Skyward Sword offers more outdoor dungeons that end with indoor dungeons. By that, I mean we are constantly in a puzzle solving game in highly designed environments; There aren’t 1,000 ways to do things, but that doesn’t mean exploring is fun and secrets will be discovered off the beaten path. 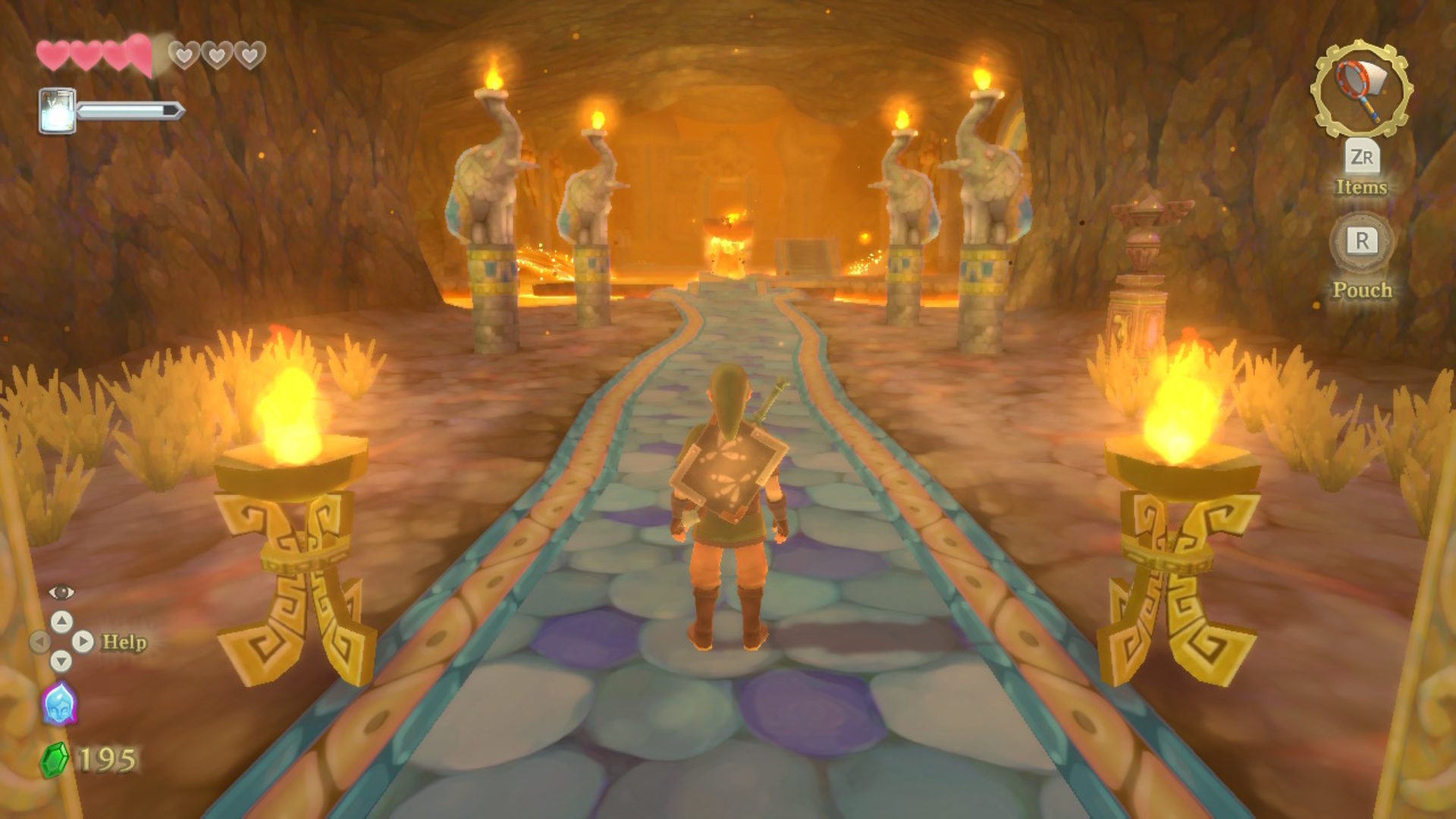 The soundtrack, especially the main theme you’re hearing now, is without a doubt one of the most memorable in the series. The dungeons are great and remind us that this is the weak point of Breath of the Wild. If you enjoyed Skyward Sword in 2011, you will enjoy it even more on the Nintendo Switch and if it’s your first time… Strap on a green beanie and grab a tissue box, because you are about to have an adventure that will stay in your head and touch your heart. 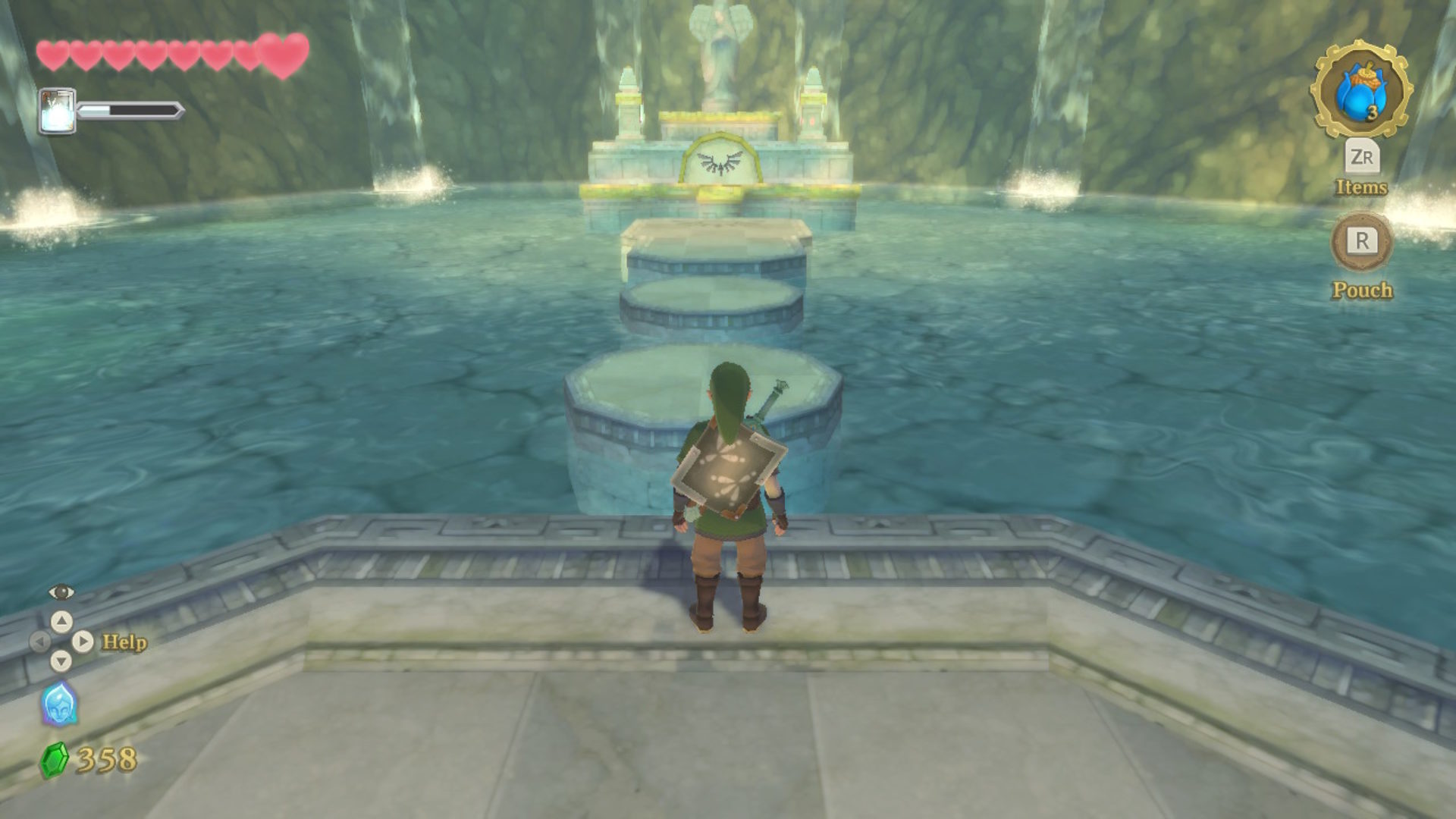